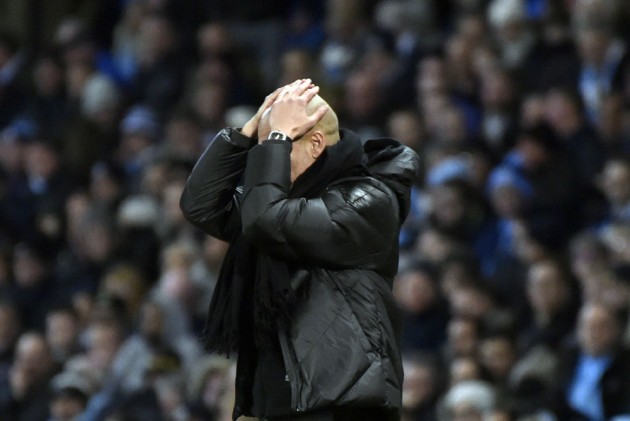 Is Pep Guardiola losing his touch?

The defeat at the Etihad Stadium leaves City 14 points off the searing pace set by runaway Premier League leaders Liverpool, who won at Bournemouth earlier in the day.

City, champions in each of the past two seasons, now seem unlikely to make it three in a row and ex-Barcelona and Bayern Munich boss Guardiola has never collected a lower points tally at this stage of a campaign.

His side have lost four times in 16 league games, leaving them with 32 points on the board.

32 - This is Pep Guardiola’s worst points return after the first 16 matches of a top-flight season in his managerial career (32 pts). Sluggish. pic.twitter.com/Wvd8Uqzlzy

In further grim news for Guardiola, no team have ever come back from 14 points behind at the end of a matchday to win the English top-flight title.