Manchester United's struggles at home continued as they drew 0-0 with Chelsea, making it five without a win in the league at OId Trafford 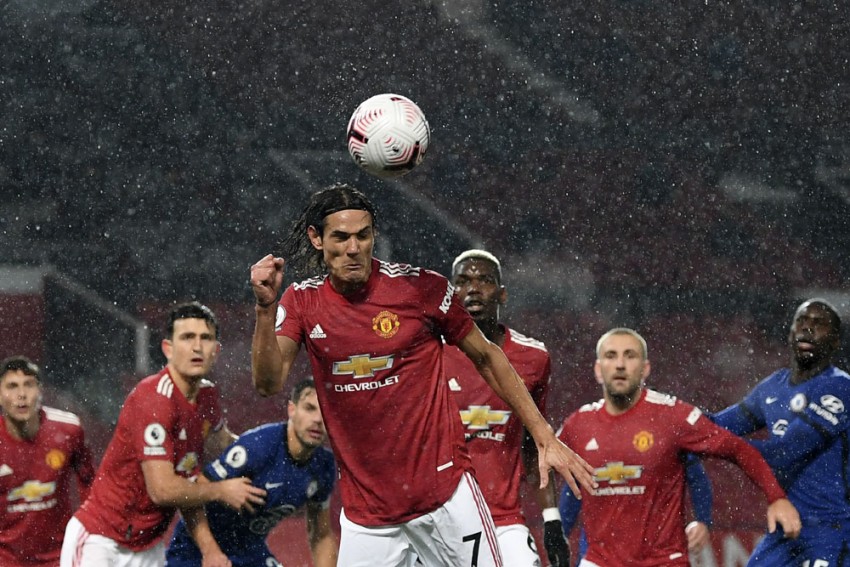 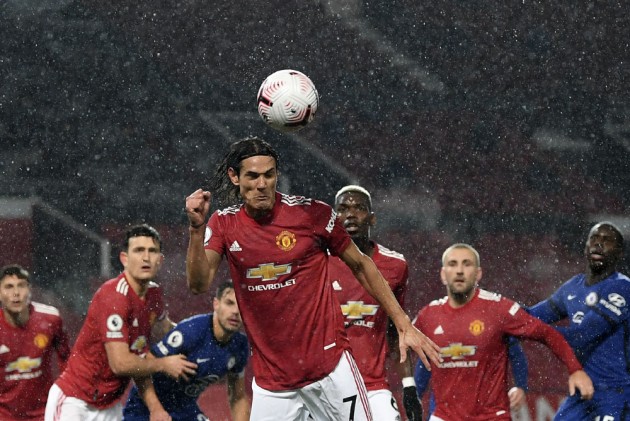 Edinson Cavani made his debut off the bench as Manchester United's home struggles continued with a dour 0-0 draw against Chelsea in an underwhelming Premier League clash at a rainy Old Trafford. (More Football News)

Marcus Rashford and Juan Mata had the best of the first-half chances but were unable to get the better of Edouard Mendy, the latter's attempt coming after Harry Maguire contentiously avoided conceding a penalty for a clumsy challenge on Cesar Azpilicueta.

Ole Gunnar Solskjaer sent on Cavani before the hour mark and the 33-year-old striker, who was signed as a free agent on deadline day, almost scored with his first touch for United.

Neither side was able to find a winner, with Chelsea sitting sixth in the table and United 15th, though they are only separated by two points.

So close to an instant impact!

After a sluggish opening half an hour, the highlight of which was Mendy almost passing the ball into his own goal, the game finally came to life in the final 10 minutes of the opening period.

Mendy recovered from his earlier error by using his foot to keep out a low drive from Rashford, before springing to his right to push a curling attempt from Mata behind.

Those shots came either side of Azpilicueta – who featured on the right side of a three-man defence – appealing for a penalty when Maguire climbed over him, while Thiago Silva went unpunished for clipping Rashford in the area in the 41st minute.

Mata and Daniel James were sacrificed for Paul Pogba and debutant Cavani, who narrowly missed out on making an immediate impact when he flicked Bruno Fernandes' cross into the side-netting.

Mason Greenwood returned for United as a late substitute and Mendy produced another stunning save to deny Rashford, who produced the first and only shot on target of the second half in stoppage time.

What does it mean? No home comforts

United recovered from their 6-1 thrashing at the hands of Tottenham in their previous Premier League home game by winning at Newcastle United and Paris Saint-Germain over the past week.

However, their draw with Chelsea means they are now winless in five league games at Old Trafford, their worst such run since February 1990.

With Kepa Arrizabalaga having committed an error leading to a goal in each of his three Premier League appearances this season, Mendy provided some greater resilience with two impressive saves in the first half and one at the death. He still needs time to improve with his feet, though, having almost scored an own goal beforehand.

He may have produced a team-high six clearances and gained possession eight times, but Maguire was fortunate not to concede a penalty for his challenge on Azpilicueta in the first half.