Manchester City were handed a boost in the Premier League title race as Sheffield United claimed an unlikely win at Old Trafford. 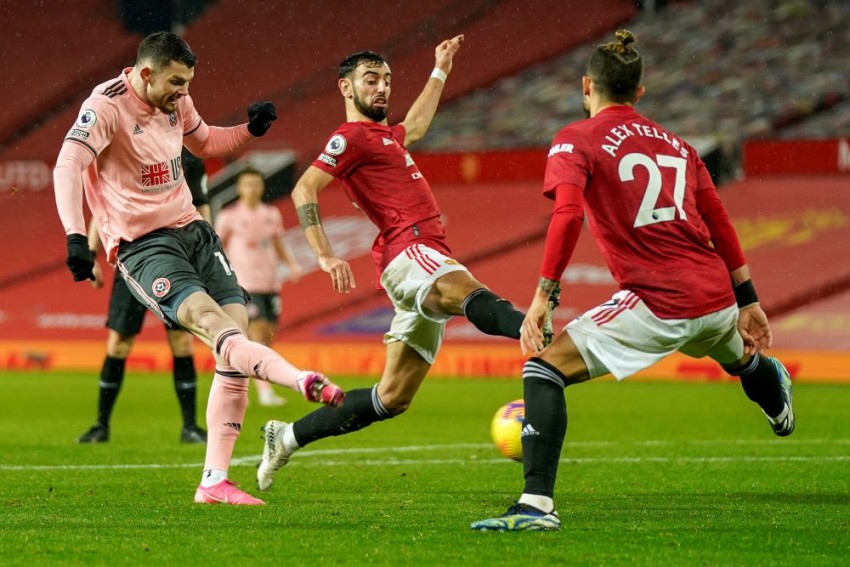 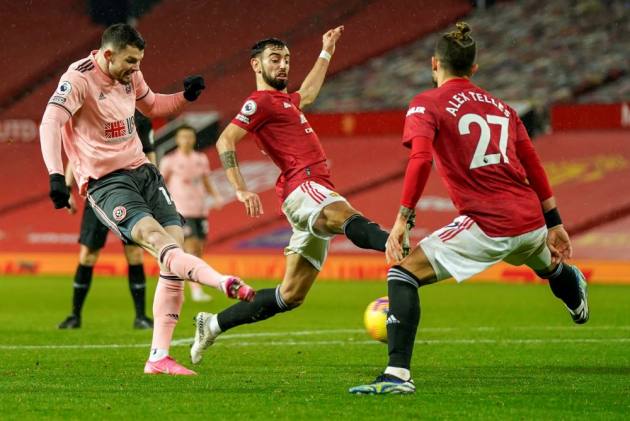 Harry Maguire cancelled out an opening goal from Kean Bryan, but a deflected strike from substitute Oliver Burke secured just a second league win of the season for the Blades.

Ole Gunnar Solskjaer's men needed to win to overtake Manchester City at the top but delivered a lifeless performance as they saw a 13-match unbeaten run in the top flight come to an end.

They managed only four shots on target despite having over 75 per cent of the possession as they failed to beat Sheffield United at home in a league game for the first time since August 1975.

2 - Both Kean Bryan and Oliver Burke have scored their first Premier League goals tonight - it's the first time two players have netted their first PL goal against Man Utd in the same match since Esteban Cambiasso and Jamie Vardy did so in September 2014 for Leicester. Timing. pic.twitter.com/CRRzHRbLIA

Marcus Rashford, passed fit after a knee problem, pulled a shot wide from a good Aaron Wan-Bissaka cut-back as the home side controlled the early play.

But they found themselves behind from the first corner of the match, Bryan glancing the ball in off the post after beating David de Gea to John Fleck's delivery.

De Gea felt he had been pushed by Billy Sharp and home frustrations grew when Anthony Martial scored after Aaron Ramsdale dropped the ball, only for the goal to be disallowed harshly for a foul by Maguire.

Mason Greenwood scuffed a good chance wide from a Bruno Fernandes throughball, but it was another set-piece through which the scores were levelled, Maguire running onto Alex Telles' corner to head in the equaliser.

Edinson Cavani was introduced off the bench but it was Burke who proved the match-winner, his shot skidding off Axel Tuanzebe's knee and in off the crossbar after the home side had failed to clear.

What does it mean? Big boost for City in title race

Instead, they offered a largely dismal display in damp conditions, and City can now move four points clear at the top if they win their game in hand.

Sheffield United's second win of the season gives them some survival hope, although they are 10 points from safety.

Basham bosses the back

Chris Basham was the standout performer of a supremely well-organised Sheffield United defence.

He made four tackles, six clearances - tied for a game high - and nine possessional gains alongside veteran Phil Jagielka.

There was scarcely a single positive about Man United's display but the result ultimately came down to two De Gea moments.

Perhaps Sharp fouled him for the opener but he could still have done more to reach the cross, and it was his aimless kick that led to Burke's winner.

- Manchester United have lost four of their 10 Premier League home games this season, their most in a single campaign since 2013-14 under David Moyes (6) and Ryan Giggs (1).
- They have also lost two of their last four Premier League home games against the side starting the day bottom of the table, one more loss than in their other 21 such matches (W16 D4 L1).
- Since 2003-04, Sheffield United are just the fourth side to have as few as five shots in a Premier League game at Old Trafford against Man Utd and win.
- Since the start of last season, no Premier League side has conceded more league goals from corner situations than Manchester United (14, level with Brighton & Chelsea).
- At the age of 38 years and 163 days, Jagielka was the oldest outfield player to start a league match at Old Trafford against Man Utd since Richard Gough in February 2001 for Everton (38y 304d).

Solskjaer's men face Arsenal away on Saturday, while Sheffield United have another daunting away game, this time at Manchester City.