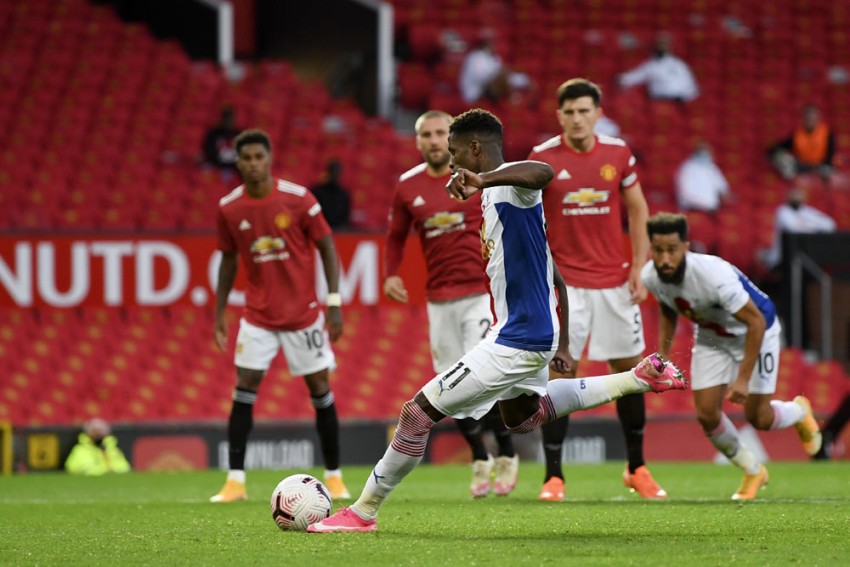 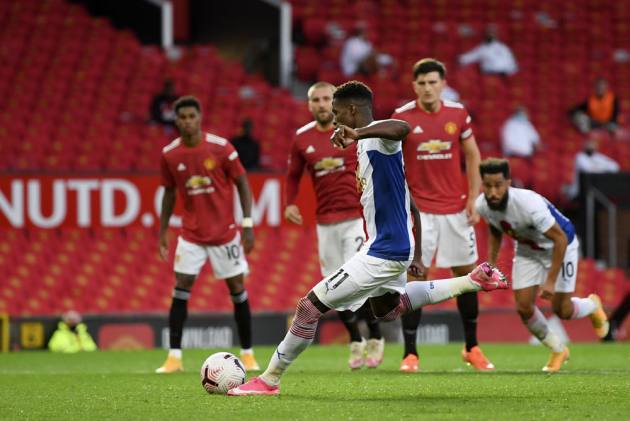 Just as they did in the early weeks of last season, Palace took all three points from their trip to Old Trafford, as a brittle United team were picked apart.

Andros Townsend hit a seventh-minute opener but the match was still in the balance with around 20 minutes to play when Palace were awarded a penalty, after Jordan Ayew's flick struck the hand of Victor Lindelof.

Goalkeeper David de Gea looked to have made himself a hero when he saved the softly struck penalty from Ayew, only for a re-take to be ordered, and this time former United winger Zaha stepped up to smash the ball high into the net.

United new boy Donny van de Beek pulled one back, but Zaha added a third Palace goal in the 85th minute, holding off weak link Lindelof and drilling beyond De Gea from the edge of the penalty area.