For the first time in the Premier League, Manchester United have conceded four goals in the opening half of a game 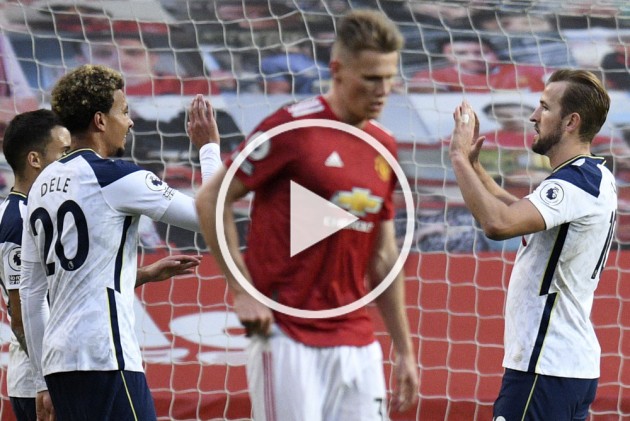 Watch all the goals here:

A red card for Anthony Martial compounded the misery before Harry Kane scored the third after being teed up by Son, with the South Korea forward grabbing his second and Spurs' fourth before the break.

It marked the first time ever in the Premier League that United have conceded four first-half goals at Old Trafford, while they had not let three in on home turf in the opening 45 minutes since playing Middlesbrough in May 1997.

The last time United conceded four goals in the first half of a league match was back in November 1957, also against Spurs.

4 - Manchester United have conceded four goals in the first half of a @premierleague match for the very first time, with this their 1,079th match in the competition. Thumped. pic.twitter.com/vSGrA8PF91

Red Devils great Gary Neville, speaking in his role as a Sky Sports commentator, slammed United's lacklustre work in the transfer market – with only Danny van de Beek signed thus far ahead of Monday's transfer deadline – which he blamed for the team being so out of sorts.

"Manchester United came out of the coronavirus lockdown with class, they handled it well," Neville said.

"They then went and finished third in the league, then there was a couple of months before the season where, I believe, they grabbed defeat from victory.

"It's not good enough – every other club's done their business. They've finished, they're playing together and winning games."