WATCH: Manchester United And England Legend Wayne Rooney Scores From Own Half In DC United's Win Over Orlando City

Manchester United and England legend Wayne Rooney a 68-yard goal for DC United which went over the head of Orlando City's goalkeeper Brian Rowe, in the 10th-minute. 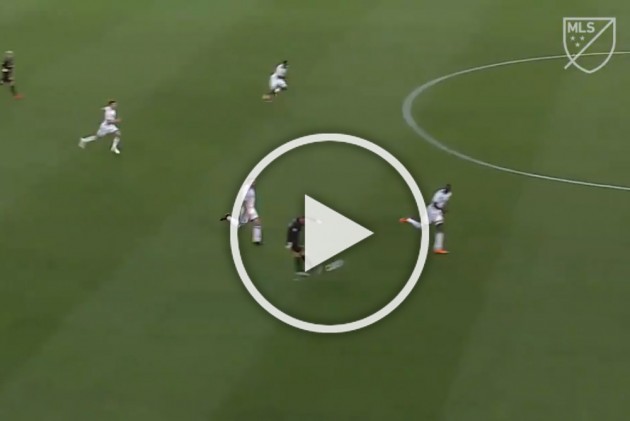 Manchester United legend Wayne Rooney has hammered in his third halfway line career goal, which has also made him the only player to achieve such a feat. A piledriver of a shot, the former England captain led DC United to a 1-0 MLS victory over Orlando City.

It was a 68-yard torpedo which went over the head of goalkeeper Brian Rowe, in the 10th-minute.

MLS shared the video via its official Twitter handle, captioned as, "WAYNE ROONEY FROM PAST MIDFIELD!!!!"

His goal has sent fans into a state of frenzy with many taking to Twitter to heap praises on him.

I love how lazy Rooney is getting. He can score from just about anywhere on the pitch but against these subpar defenders he decides to not even waste energy on a dribble. What a goal!

Honestly, such an underrated legend if that’s possible

Wazza is considered to be one of the greatest ever footballers to have graced the Premier League and also to have worn the Three Lions jersey. Also, since his arrival, DC United have climbed up the standings.