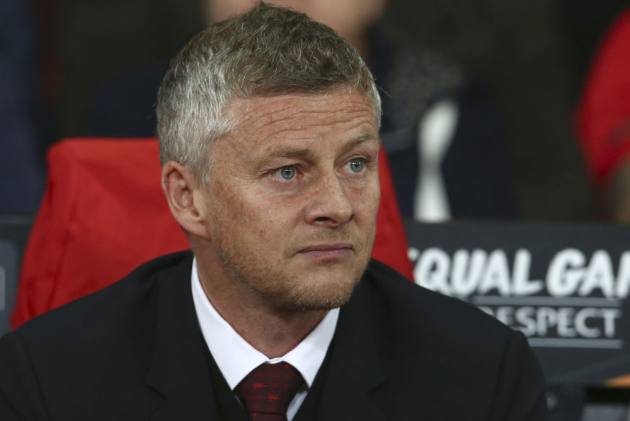 Manchester United manager Ole Gunnar Solskjaer said he is excited by the openness of the Premier League title race this season as the Red Devils eye silverware. (More Football News)

United visit Burnley on Tuesday level on 33 points alongside rivals and defending champions Liverpool atop the table, and with the chance to move to the summit having played a game less.

Liverpool cruised to Premier League glory by 18 points last season, but only a point separates the leaders and third-placed Leicester City this term, while Chelsea are just seven points adrift in ninth position through 17 rounds.

Solskjaer is relishing the competitiveness as United seek to win their first Premier League trophy since 2012-13.

"I think all the teams want to take a grip on the Premier League, of course," Solskjaer told reporters.

"But it's just that kind of season, kind of year, kind of situation where there will be ups and downs, less consistency in results and performances.

"For me, it's exciting. As a supporter or as a fan, it's more interesting, of course, when there are more teams in and around each other compared to last season, where one just ran away."

Once English football's leading power under Alex Ferguson, United have spent just 51 days top of the table since the legendary Scottish manager retired in 2013.

The last time United finished a day at the summit was the very first of the 2018-19 season after beating Leicester 2-1 – their meeting was the only game that day, and the Manchester club were knocked off top spot by the end of that weekend.

United are unbeaten on the road in the top flight in 16 games and Burnley have not won successive league meetings with the Red Devils since 1968.

Amid the coronavirus pandemic, which has already forced the postponement of fixtures – Solskjaer said: "I think it's going to be very important if you've managed to keep a fit squad. It's not just about fitness injury-wise, of course – it's also the COVID. You can see teams being really badly hit at times.

"Our boys have done well in that regard. We've not really lost many. The players themselves have done better.

"You've got less things to do outside football than you might. You stay at home, you rest and recover and maybe for your own mental health you do some things back in your own gym. You're working and looking after yourself. I think that's also a factor here.

"I don't think they'd be going out too much anyway, but you've got no chance of going out [at the moment]. Hopefully they'll find out that we can live this way for the rest of our careers and get the most out of our careers!"