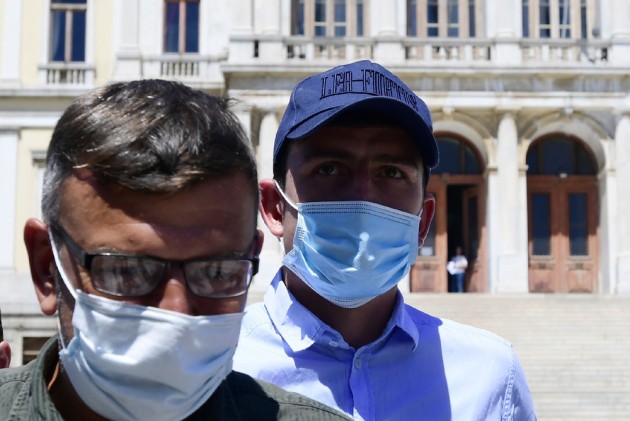 Harry Maguire has been found guilty of aggravated assault, resisting arrest, and repeated attempts of bribery at a trial in Greece. (More Football News)

The Manchester United captain was tried alongside two other defendants on the Island of Syros on Tuesday, following his part in an incident involving police while on holiday in Mykonos.

Maguire, who spent last Thursday and Friday night in custody, denied the charges but was convicted on all counts by a three-member misdemeanours court.

United released a statement confirming Maguire would appeal the verdict.

The 27-year-old had earlier been named in England's squad to face Iceland and Denmark in the Nations League next month.

Three Lions boss Gareth Southgate explained his decision, which came before the verdict, and offered glowing praise of the defender after hearing his version of events.

"I've spoken with Harry, I have insight to the story which is very different to what's been reported."

Southgate did add, however, that a change in circumstances would force him to review his call.

"In these instances, you can only make decisions based on facts that you're aware of," he said. "Now, clearly, if facts or information change further down the line, I have to review that decision.

"I have a fantastic relationship with the boy. Harry has been an outstanding character for us.

"I have no reason to doubt what he is telling me. It's important he knows that he's got my support at this moment."