Harry Maguire, England defender and Manchester United captain, pleaded not guilty to charges against him when he appeared in court in Syros on Saturday 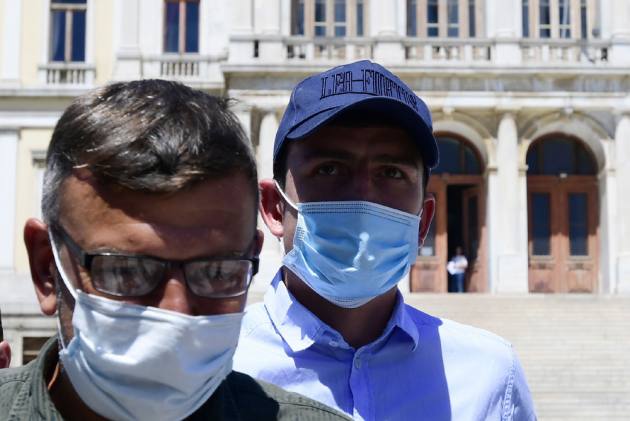 Manchester United captain Harry Maguire has pleaded not guilty to charges relating to an alleged altercation with police while on holiday in Mykonos. (More Football News)

Maguire and two other men were arrested on Thursday following an incident with officers on the Greek island.

A police statement on Friday said the 27-year-old was set to be charged with aggravated assault.

Maguire's lawyer Konstantinos Darivas was quoted by the Guardian as saying his client denied the allegations.

After the England international appeared in court in Syros – the administrative centre of the region – on Saturday, United issued their own update on the matter.

"Following the appearance in court today we note the adjournment of the case to allow the legal team to consider the case file," United's statement read.

"Harry has pleaded not guilty to the charges. It would be inappropriate for the player or club to comment further while the legal process takes its course."

When Maguire left court he did not respond to questions posed by Sky News, although his legal representative replied "Right now, yes" when asked whether he was a free man.

It has been widely reported that Maguire will not have to attend when proceedings resume on Tuesday.

Maguire was made captain by United manager Ole Gunnar Solskjaer in January, just five months after transferring from Leicester City for £80million - a world record fee for a defender.

He played in 55 matches in all competitions for United last season, including every minute of their Premier League campaign as the Red Devils finished third.