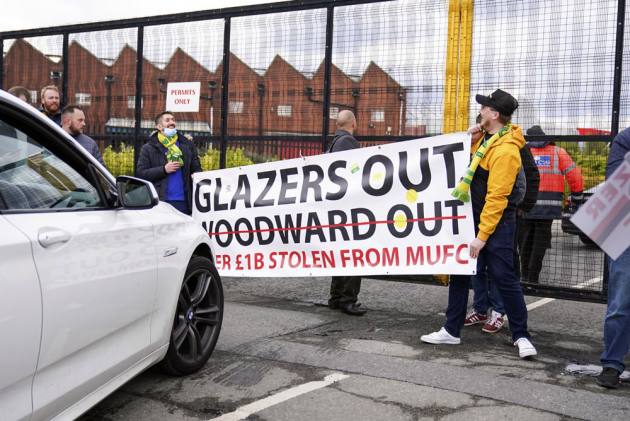 Manchester United supporters entered the Old Trafford pitch to protest against club owners the Glazer family after earlier gathering outside the team's hotel ahead of Sunday's game against Liverpool. (More Football News)

United's involvement in the breakaway European Super League, which swiftly collapsed, has reignited lingering sentiment against the ownership at Old Trafford.

The Glazers, who acquired the club through a leveraged buyout in 2005, have long been unpopular but have become the subject of increased criticism in recent weeks.

The demonstration did not end there, however, with some supporters gaining access to the stadium and then the pitch.

Spectators are not currently allowed at Premier League stadiums due to the coronavirus pandemic.

Manager Ole Gunnar Solskjaer said this week: "When the protests are going on, it's important that they go in a good fashion and that we keep it peaceful."