Manchester United In Crisis: How Bad Do Numbers Look Under Ole Gunnar Solskjaer?

Wednesday's loss to Burnley leaves Manchester United at a seriously low ebb. How big are their problems under Ole Gunnar Solskjaer? 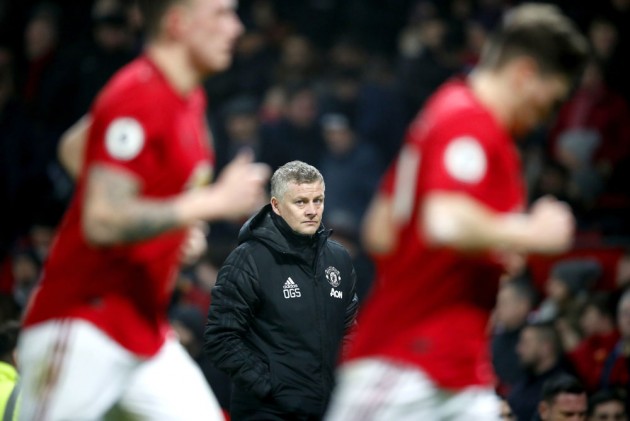 Manchester United fans do not need telling that the team is in a rut. The thousands who left Old Trafford early during Wednesday's miserable 2-0 home defeat to Burnley made that abundantly clear. (More Football News)

The loss is United's second in a row in the Premier League – the first time that has happened since last April – and means they have won just twice in all competitions since the turn of the year.

Manager Ole Gunnar Solskjaer conceded their performance was not up to scratch but, given their overall from since he took permanent charge, questions are being asked as to how much longer these defeats can be accepted as minor bumps on the road to a more promising future.

United have endured some difficult days since Alex Ferguson retired in 2013, but how does the current malaise stack up against those rotten moments under David Moyes, Louis van Gaal and Jose Mourinho? And are there any signs of progress under Solskjaer?

We delve into Opta data to find out...

12 - Since Ole Gunnar Solskjær was made permanent manager in March, Manchester United have lost more Premier League games (12) than they have won (11). Nosedive. pic.twitter.com/GPaIthW5DU

OLE'S AT THE WHEEL, BUT THE HANDBRAKE IS ON

Nobody can deny the impact Solskjaer had as interim manager. He lifted the gloom around Mourinho's final days in charge and led United to 14 wins and two draws from 17 matches, scoring 39 goals and conceding only 13. That's a win ratio of 82 per cent.

They also took 32 points from 12 league matches, which represents the best haul of any manager in his first 12 games in the competition at a single club.

Such was the lift felt by everyone at Old Trafford that Solskjaer was handed the job on a permanent basis on March 28, since when everything has turned rather sour.

In the Premier League, United have lost more games (12) than they have won (11) since Solskjaer took permanent office – a truly damning statistic in an era of worrying numbers. In that time, eight teams have picked up more points than United (42), while league leaders Liverpool have amassed almost double (85) despite playing three fewer games.

THE WORST POST-FERGIE SEASON YET

United are fifth and somehow just six points off the top four, but that should come as scant comfort to supporters.

It means Solskjaer has the worst points-per-game ratio (1.64) than any of the other three permanent managers in the post-Fergie era, with Mourinho on 1.89, Van Gaal on 1.79 and Moyes on 1.68.

In all competitions, Solskjaer was won 49.2 per cent of games as United manager, which is the worst ratio of anyone in the Old Trafford dugout since Dave Sexton (40.3) between August 1977 and April 1981.

1 - This will be Man Utd’s first game at Old Trafford in the Premier League under Ole Gunnar Solskjaer to not feature the injured Marcus Rashford – since his Premier League debut, Rashford has scored more home league goals than any other Red Devils player (25). Carried. pic.twitter.com/duh5Gu4Afo

It might not seem credible given their blunt display against Burnley, but Solskjaer has adopted a more attacking ethos than his predecessors.

Under the former striker, United have averaged 14.8 shots per game in the league, giving them an Expected Goals rating of 1.71 per match. Both of those figures are higher than under Moyes, Van Gaal or Mourinho.

Where Solskjaer's United fall down is in taking their chances. Their shot conversion rate of 10.8 per cent is the lowest since Ferguson's departure, and it means they average 1.6 league goals per game, with only Van Gaal managing worse (1.46).

United's 36 league goals this season is the sixth highest tally in the competition, while their 10.1 per cent shot conversion rate puts them at a lowly 14th. They have also converted only 38.5 per cent of certified 'Big Chances', which is 10th best in the league.

When you consider they are third for total shots (357), fifth for Expected Goals (40.25) and fifth for creating Big Chances (52), that underlines the problem: Solskjaer's United simply aren't clinical enough.

In other words, they need a ruthless goalscorer, which makes the decision to let Romelu Lukaku and Alexis Sanchez leave without signing replacements look all-the-more baffling, while Marcus Rashford's serious back injury means those numbers are not likely to improve quickly.