India's top-ranked table tennis player Manika Batra told the Delhi high court that she was being targeted by the TTFI for raising her grievances and now ITTF was also treating her like an accused. 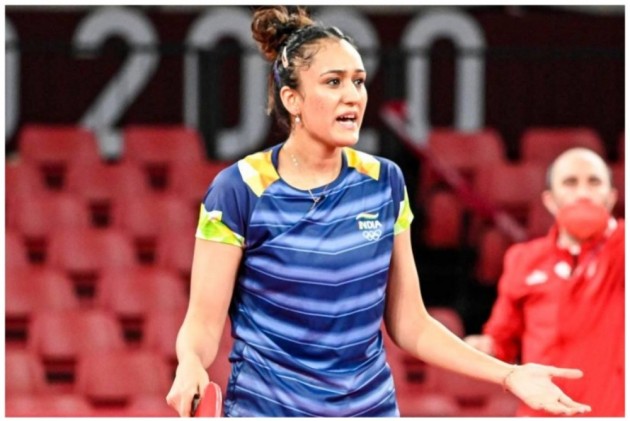 The Delhi High Court Wednesday directed the constitution of a three-member committee to look into star table tennis player Manika Batra’s allegation of a match-fixing attempt by the national coach Soumyadeep Roy and sought an interim report in four weeks. (Other Sports News)

Justice Rekha Palli, who was hearing Batra's petition alleging that Table Tennis Federation of India (TTFI) was carrying out its selection processes in a non-transparent manner and targeting certain individuals such as herself, said that based on the committee's report, she would consider the issue of appointing an administrator to run the national sports body.

The committee will comprise two judges and one sportsperson and details would be given in the order, said the judge who had earlier directed the Sports Ministry to hold an inquiry against the sports body. The court said that while the Centre made observations concerning certain aspects of the sports body, it failed to consider the complaint of Batra in its inquiry.

The court clarified that for the time being, except for informing the International Table Tennis Federation (ITTF) about the withdrawal of all action against Batra, TTFI would not write to the international body regarding her.

In case ITTF needs any information, TTFI would transfer the request to the three-member committee, it added. Batra, who was left out of the Indian contingent for the Asian Table Tennis Championships, alleged in her petition that the national coach Soumyadeep Roy ‘pressurized’ her to ‘throw away’ an Olympic qualifier match in favour of one of his trainees.

Senior counsel Sandeep Sethi, appearing for TTFI, informed the court that the executive board of the sports body has decided to recall the show cause and all consequential actions against the paddler. He added that TTFI would also write to the international body informing them about the development and urged the court to allow the sports body to prove it's bonafide.

“It is deemed appropriate to appoint a three-member committee to examine the complaint of the petitioner..,” it added. Additional Solicitor General Chetan Sharma said he agreed with the court, remarking “there is a rot that needs to be stemmed”.

On November 15, the court had said that it did want any player to be unnecessarily harassed and asked TTFI to give a clean chit to the petitioner. Considering the Centre's inquiry report, which was filed in a sealed cover, the court had noted that no fault could be attributed to the player.

It had also pulled up the TTFI for ‘overreaching’ its order directing an inquiry by the Centre into its affairs, saying it “will take sup motu contempt”.

In her petition, the Commonwealth Games gold medallist and Khel Ratna awardee have sought to quash TTFI's rules mandating compulsory attendance at the National Coaching Camp for selection in international events.

It stated that Table Tennis is an individual sport, which requires specialised training with support staff and thus the rule against personal coaching is arbitrary, irrational, absurd, and has no nexus with achieving excellence in an individualised sport.

While staying the rule on September 23, the court had said that mandatory attendance at the national camp was enforced “at a point when there was a complaint pending against the national coach” and the same “does not inspire confidence”.

The petition has asserted that the national coach, in a clear conflict of interest, was running a private table tennis academy simultaneously and on one occasion, “pressurized the petitioner to throw away a match only with a view to help one of his trainees at his private academy to qualify for the Olympics, 2020”.

Earlier, the Centre had stated that the federation's rule on compulsorily attending the national camp was in the teeth of the sports code and defeated merit. TTFI had defended the rule and stated that such a mandate was present in other sports as well including weight lifting and judo.

The matter would be heard next on December 20.