Marc-Andre Ter Stegen At 28: Ten Reasons Why Barcelona Must Keep Their No.1

To mark the 28th birthday of Marc-Andre ter Stegen, we present 10 simple facts as to why Barcelona should do what they can to keep him 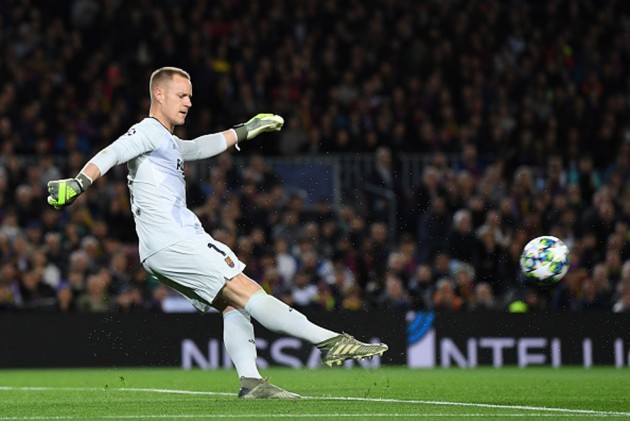 Barcelona's number one has lifted 14 trophies for club and country (13 for Barca and the Confederations Cup for Germany) since leaving Borussia Monchengladbach for the Blaugrana in 2014. Nobody else can match that.

And yet, Ter Stegen's future is uncertain. His contract expires in 2022 and, with the Catalan giants already in something of an economic uncertainty before the impact of the coronavirus pandemic, it is unclear whether they will be able to agree fresh terms with the player.

Ter Stegen has always appeared happy to stay at Camp Nou, though, and when you look at the numbers, it certainly makes sense for Barca to do their utmost to tie him down.

We've gone through the Opta archives and picked out five key stats relating to his performances in LaLiga and the Champions League, compared to the rest of Spain and Europe. These facts and figures stretch back to May 22, 2014 - the day Ter Stegen signed his first Barca contract to become their player - and only include those keepers to make at least 20 appearances in each competition.

Given he was not the undisputed first choice for the first two years and did not even play a LaLiga match until September 2015, the numbers are firmly on his side...

3 - Marc-André ter Stegen was the keeper with the third highest save percentage in Europe’s top five leagues in 2016/17. Guardian. pic.twitter.com/DwGEG0tZym

IN 141 APPEARANCES IN LALIGA:

- No keeper has made more successful passes (3,453), and only former team-mate Claudio Bravo (82.4 per cent) can beat Ter Stegen for passing accuracy (82.2 per cent)

- No keeper has more assists (two, the same as Ivan Cuellar and Antonio Adan). Indeed, Ter Stegen was the first Barca keeper this century to assist a league goal.

- Only three keepers (Oblak, Cuellar and Sergio Asenjo) have made more saves from shots outside the box than Ter Stegen (156).

- Only three keepers (Alphonse Areola, Oblak and Bravo) have a better goals-conceded-per-game rate than Ter Stegen (0.92).

1 - @FCBarcelona's Barcelona Marc-André ter Stegen is the only goalkeeper to assist two goals in the top five European leagues this season. Quarterback. pic.twitter.com/YtSAMmEbmB

IN 58 APPEARANCES IN THE CHAMPIONS LEAGUE:

- No keeper has made more saves than Ter Stegen (156). Four of those were from penalties – only Andriy Pyatov can match that tally.