David Luiz has left Arsenal, who have also seen Dani Ceballos and Martin Odegaard head back to Real Madrid after loan spells in London 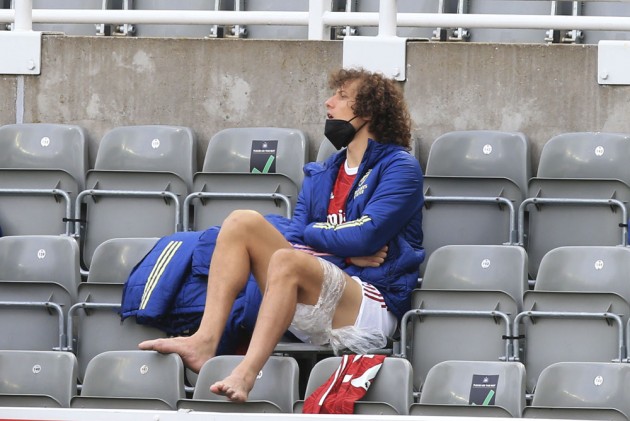 Experienced defender David Luiz indicated he would be leaving the Gunners at the end of his contract when he posted a farewell message to fans on Instagram last month.

The 34-year-old, who joined from Chelsea for a reported £8million in August 2019, made 73 appearances in all competitions for Mikel Arteta's side.

Meanwhile, Odegaard and Ceballos are heading back to Madrid following the expiry of their loan spells at Emirates Stadium.

Odegaard, who joined in January, impressed in his 20 appearances in all competitions under Arteta.

The Norway international scored two goals and provided two assists, while his average of 2.24 chances created per 90 minutes was the best return of any Arsenal player to play more than six times last season.

Ceballos first signed for Arsenal on loan in July 2019 and the deal was extended last September after an impressive campaign that began with two assists on his first Premier League start, a feat only previously achieved for Arsenal by Ray Parlour and Henrikh Mkhitaryan.

The 24-year-old midfielder made 40 appearances for the Gunners last season, although only 25 of those came as a starter.

3 - Dani Ceballos is just the third Arsenal player to register 2+ assists on his first Premier League start for the Gunners after Ray Parlour and Henrikh Mkhitaryan. Impression. pic.twitter.com/S15jdjRCbL

Each player has been linked with a permanent move to the club, but new Madrid coach Carlo Ancelotti name-checked Odegaard and Ceballos this week as he discussed their trophy hopes in 2021-22.

"With this squad, without loan players like [Gareth] Bale, Odegaard and Ceballos, Madrid reached the Champions League semis and fought for LaLiga. So, we have the players to win trophies," Ancelotti told ABC.

In a statement, Arsenal said: "All developments regarding players extending their contracts; joining-rejoining us; or leaving us will be officially communicated as soon as they are confirmed.

"We thank the above players for their contributions to the club during the periods of their permanent or loan contracts with us.

"You will always be part of the Arsenal family and we wish you all the best of health, happiness and success in your futures."