The overthrow rules drew MCC's attention after New Zealand were left to rue a last-over overthrow that went for four after getting a deflection of Ben Stokes' bat to help England take the 2019 World Cup final into Super Over and eventually lift the trophy via boundary count. 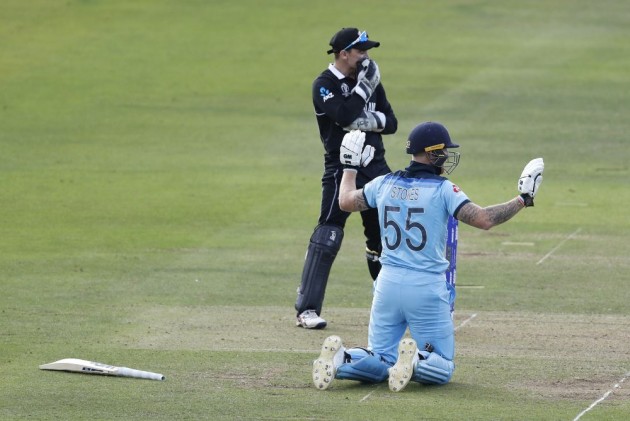 The custodians of cricket laws, Marylebone Cricket Club (MCC) is likely to review the overthrow rules in the aftermath of the controversy that rocked the just-concluded World Cup final between New Zealand and England, a newspaper report said.

According to a report in 'The Sunday Times', "There is a feeling at MCC that overthrows are worth looking at when it next reviews the laws of the game, which is the responsibility of the MCC Laws sub-committee."

The overthrow rules drew MCC's attention after New Zealand were left to rue a fortuitous, last-over overthrow that went for four after getting a deflection of Ben Stokes' bat to help England take the match into Super Over and eventually lift the trophy via boundary count.

Chasing New Zealand's 241 for 8, England needed nine runs from the final three balls when a throw by Martin Guptill deflected off diving Stokes' bat for a boundary.

On-field umpires Kumar Dharmasena and Marias Erasmus awarded England awarded six runs in total, two by the batsmen and four for the overthrow.

But former ICC Elite Panel umpire Simon Taufel said as per the rules, the umpires should have awarded England five runs instead of six as the batsmen didn't cross when Guptil released the ball from deep.