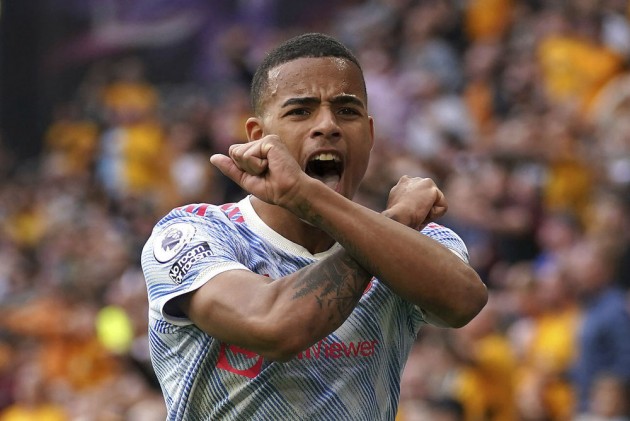 The 19-year-old striker — who is almost half Ronaldo's age — has now scored in all three matches for United at the start of the season.

The latest ensured an underwhelming United performance at Wolverhampton still ended in a 1-0 victory on Sunday. It was set up by Raphaël Varane, a former teammate of Ronaldo's at Real Madrid, on the defender's United debut.

But it is the frenzy over Ronaldo's unexpected return to Old Trafford that has lit up this transfer window, with the 36-year-old star completing his move ready for a debut after the international break.

United is in need of increased firepower up front. While Greenwood's first goal of the campaign was in a 5-1 rout of Leeds, last week's was required to salvage a draw at Southampton.

The winner at Wolves only came in the 80th minute and after United required David De Gea's sensational double save with about 20 minutes to go to thwart Romain Saïss.

“I think we were below (par) today, we didn't play too well," the goalkeeper said.

While United moved onto seven points, the only team with a perfect record after three games is Tottenham. All three wins have been 1-0 — the latest against Watford clinched by Son Heung-min.

Burnley collected its first point by drawing 1-1 with Leeds.