Match-fixing Was 'White-collar Business' In Dawood's World Of Crime: Book

Based on transcripts of police-recorded conversations and unpublished information about the players at the key of the storm, including some of India's biggest names, the book talks of the rot at the heart of Indian cricket. 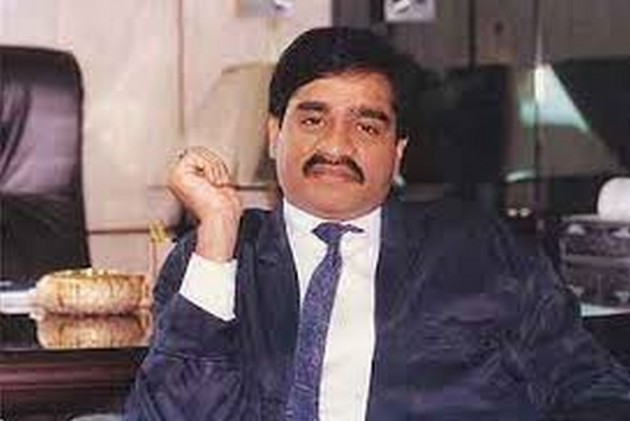 For Dawood Ibrahim, match-fixing was a sort of ‘clean job’ as no force or killings were required and only a few players here and there had to be ‘fixed’ and the money shared, says a new book on the subject.

“On the whole, Dawood’s entry into the fixing game was fairly easy to understand. The appeal of this additional revenue stream would be pretty obvious even to the average gangster. They did not have to ‘tapkao’ (kill) anybody by way of some contractual killing. No land-grabbing was involved. No slum had to be forcibly evacuated. No tenant had to be threatened to make way for some developer,” it says.

In “No Ball: The Murky World of Match Fixing”, Chandramohan Puppala traces cricket's biggest corruption back to kingpin Dawood himself.

Based on transcripts of police-recorded conversations and unpublished information about the players at the key of the storm, including some of India's biggest names, the book talks of the rot at the heart of Indian cricket.

For the D-Company, match-fixing was a ‘clean job’, the author says.

“They only had to ‘fix’ a few players here and there and share the money. That was all. In the black world of crime, match-fixing had come to be known as ‘white-collar business’,” he writes.

Betting in cricket has been part of public knowledge since the ’90s. The police in India have always known about its existence, and there have been occasional raids and arrests that have not occupied more than a single-column space in the daily newspapers, the book, published by Pan, says.

“However, it was only in 2000 that betting made it to the headlines when it ended the careers of former Indian captain Mohammad Azharuddin and batsman Ajay Jadeja. ‘Match-fixing’ also spoilt the reputations of all-rounder Manoj Prabhakar and former Indian skipper and ‘Haryana Hurricane’ Kapil Dev,” it says.

Son of a police head constable, Dawood grew up as an amateur cricketer, first trying his hands at gully cricket, and in later years, watching every ball of every important cricket match from the best box at the pavilion end, the book says.

“Even as cricket remained his passion, his eye was set on the blind alleys of crime in downtown Mumbai.”

According to the author, Dawood’s influence on the Pakistan cricket team has been an open secret for over a decade now. “His name has also cropped up in scandals in neighbouring countries, including Bangladesh and Sri Lanka.”

As the police went through the cricket dossiers, they came across the Sharad Shetty era, which ended in 2003, when cricketers would regularly wine-and-dine with mafia lords and the seeds of match-fixing were first sown in the official records of law enforcers, he says.

“By 2010, the windfalls from this cricketing business had reached a critical mass. It had prompted the Indian Intelligence Bureau (IB) to issue an alert that funding for terror was drying up and the only two options available for the underworld to fund terror were hawala and cricket,” the author writes.

“The IB also claimed that the underworld did not invest money in the game directly, but looked to invest in it through its stooges. The operation was made to look legitimate in nature and would be a great challenge to track,” he says.

He is of the view that the much-glamourised IPL, in retrospect, was perhaps the perfect stage to set up a multi-crore ‘enterprize’ of such a nature.

“Not only were there ample opportunities and staggering amounts of money to be made, but the result of a match played between a glamorous mix of players from countries around the world made it look like a confirmed jackpot win on a free lottery ticket for the underworld,” he argues.

“As the Special Cell reached the end of the Dawood files, they couldn’t help but hope for poetic justice: that maybe one day, the sport that he loved most in the world would be the route to extradite him back to India,” the author says.