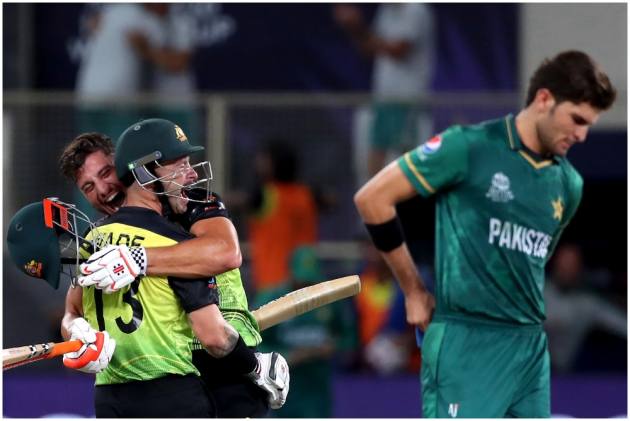 Hasan Ali dropping Matthew Wade is being seen as the moment which turned the ongoing T20 World Cup semifinal decisively in Australia’s favour against Pakistan but the man who benefitted from it rejected the suggestion, saying that his team would have won even if the catch was taken.

Australia defeated Pakistan by five wickets in an enthralling contest during which Aaron Finch’s men displayed tremendous grit to chase down a stiff target of 177. Wade, apart from opener David Warner (49), was the hero for the Australians with a hurricane 17-ball 41 which included three consecutive sixes.

“...it's hard to say. The dropped catch, I'm not sure. I think we needed 12 or something, 14 maybe at that stage. I felt like the game was starting to swing in our direction at that stage anyway,” Wade said at the post-match press conference.

“I get out there and we’re not sure what’s going to happen, obviously, but I would still be pretty confident with Pat (Cummins) coming in and Marcus (Stoinis) still at the crease, that we could have got the job done anyway.

“I wouldn't say that was the reason why we won the game,” he added. His view was in direct contrast to Pakistan captain Babar Azam, who in the post-match presentation, squarely blamed Ali’s lapse for the loss.

“The turning point was that dropped catch. Had we taken it, the scenario could have been different,” Babar had stated. The 33-year-old Wade thought otherwise and said his experience came in handy while handling the tense chase Thursday night.

“It certainly helps. Just to be in that situation...experience is key in these games even though we lost a few early wickets and things weren't going our way early,” he said. “There was no real panic in the dressing room. We've got experience the whole way down. And the same with the ball. At times it felt like we were going for 12 and 13 and over.

Pakistan also missed three run-out opportunities during the game but Wade once again sought to credit his team’s positive approach rather than the opposition’s lapses for the result.

“...I think the turning point of the game I thought was Marcus's over against Rauf. I thought that kind of, swung the momentum our way and gave us an opportunity to win the game.

"It's just an easy thing to do to focus in on missed chances. Yes, maybe it would have gone down late in the last over, but I'm still confident we could have gone home,” he added.