Centre-back Matthijs de Ligt arrived in Turin on Tuesday night as Juventus look to put the finishing touches on his transfer from Ajax. 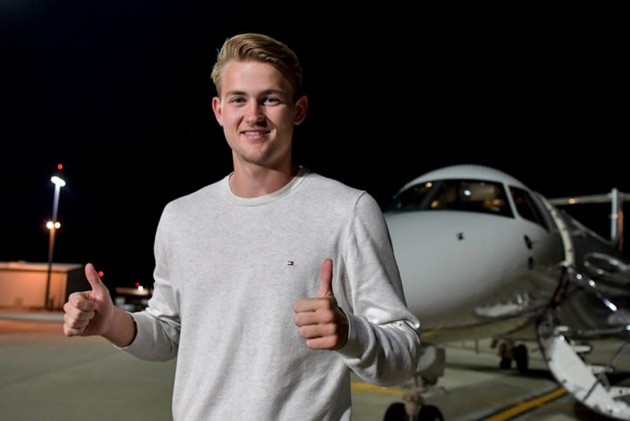 Matthijs de Ligt arrived in Turin on Tuesday as the highly-coveted defender's move from Ajax to Juventus nears a conclusion.

The Serie A champions posted pictures and videos on social media of the 19-year-old Netherlands international landing ahead of a rumoured medical on Wednesday.

Barcelona, Manchester United, Liverpool and Paris Saint-Germain were all heavily linked with the centre-back, but the Ajax captain looks set to put the finishing touches on his switch to Juventus.

"Hello Bianconeri, this is Matthijs. I'm really happy to be here," De Ligt said in a video posted on Juve's Twitter account.

Ajax reached the Champions League semi-finals last season, when they were knocked out by Tottenham, and Juventus will hope De Ligt can help end their long wait to lift Europe's premier club trophy again.

The Bianconeri have also added free agent midfielders Adrien Rabiot and Aaron Ramsey to their squad, as well as bringing back iconic goalkeeper Gianluigi Buffon for Maurizio Sarri's first season at the helm.