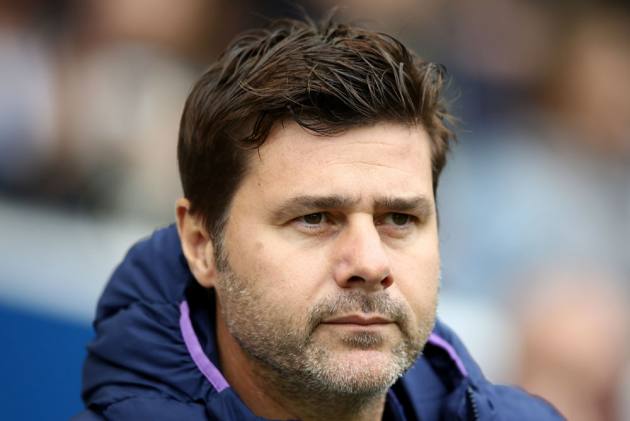 Mauricio Pochettino said he would "love" to work in the Premier League again as the former Tottenham manager continues to be linked with Manchester United.

Pochettino led Tottenham to the Champions League final last season but was sacked in November and replaced by Jose Mourinho.

Barcelona emerged as a possible destination for Pochettino until the LaLiga champions turned to Quique Setien, however, links to United refuse to subside.

Pochettino is reportedly keen on the United job as Ole Gunnar Solskjaer struggles at Old Trafford, where the Red Devils are eighth and six points adrift of the top four.

"To be honest, I would love to work in the Premier League," Pochettino said on 'In The Pink' podcast.

"It's going to be difficult, I know, and for now it's a moment to wait and we'll see what happens.

"It's a moment of recovery, to think about yourself a little bit, and to be ready because in football always something can happen and you need to be ready.

"I'm ready and waiting for a new challenge. I have the belief and confidence that the next challenge will be fantastic."

How @B_Fernandes8 is settling in with the #MUFC squad
Three Reds close to returning from injury
Will @IghaloJude be available for Chelsea trip?

Pochettino added: "I was in Argentina, I was in Qatar, I was in Spain and I have Jesus [Perez, assistant manager to Pochettino at Spurs] who follows the news a little bit but I notice the rumours.

"All of the coaching staff accept that there are rumours. We deal with rumours naturally.

"The people need natural people, normal people and we don't say that we are unique with that but we are not actors and we don't do anything that we don't believe."

If a Premier League job does not arise, Pochettino will pursue an opportunity outside of England.

"If we move to Europe," the 47-year-old Argentinian said. "We are going to miss England."