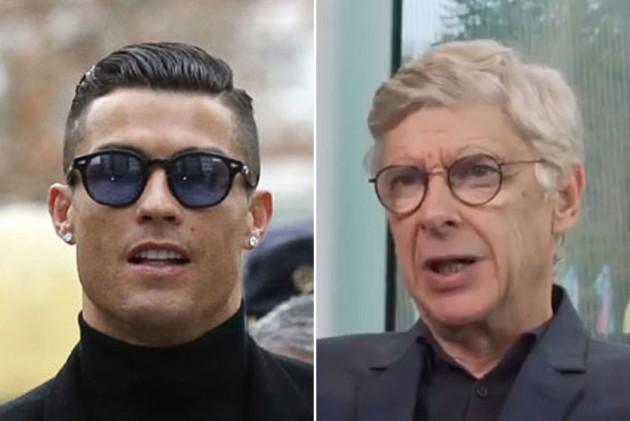 Arsene Wenger regrets missing out on the chance to pair Cristiano Ronaldo with Thierry Henry at Arsenal and jokingly suggested his Gunners side may have scored 200 goals if he had. (More Football News)

Legendary ex-Arsenal boss Wenger has spoken on several occasions of how close he came to bringing Ronaldo to north London and this week claimed the Portugal great "had the shirt" after a deal was struck with Sporting CP.

Of course, a teenage Ronaldo instead joined Manchester United and became a global name, winning eight major trophies including the Premier League three times and the Champions League.

A move to Real Madrid in 2009 saw Ronaldo scaling even greater heights, becoming Los Blancos' record goalscorer and winning another four Champions League medals before joining in Juventus in 2018.

Ronaldo is also a five-time Ballon d'Or winner, a number surpassed only by his long-time rival Lionel Messi at Barcelona, and Wenger cannot help but imagine what life had been like if Ronaldo had played with the likes of Henry, Robert Pires and Dennis Bergkamp under his stewardship.

"Of course I think what if, for example, Cristiano Ronaldo played with Thierry Henry, Pires, [Sylvain] Wiltord and Dennis. Maybe we score 200 goals in a season!" He told BBC Sport.

"You regret sometimes, you think it's your fault that you didn't decide quickly enough or sometimes financially you couldn't agree quickly enough, but overall I must say you go to Chelsea, you go to Manchester United, you go to Liverpool...every club is full of stories like this."

Here are some of his best moments in red... pic.twitter.com/fBff8k438z

There is a sort of long-running joke regarding Wenger and the players he missed out on signing during his 22-years with Arsenal.

Zlatan Ibrahimovic, like Ronaldo, is another of the greats that slipped the net at Arsenal, with the Swedish star having had a trial at the club as a teenager.

But Wenger says the circumstances were markedly different to those involved in his pursuit of Ronaldo.

Asked if he wished he signed Ibrahimovic instead of inviting him for a trial, Wenger replied: "Not really, because he was a 17-year-old boy playing at Malmo in the second league in Sweden.

"And nobody knew him. We gave trials to many players at 17 – it was absolutely normal before you make a decision."