Melbourne Century Very Special As It Was Crucial For Series Victory Against Australia: Ajinkya Rahane

After his 112 in the Boxing Day Test against Australia, Ajinkya Rahane had said his century at Lord's was his best 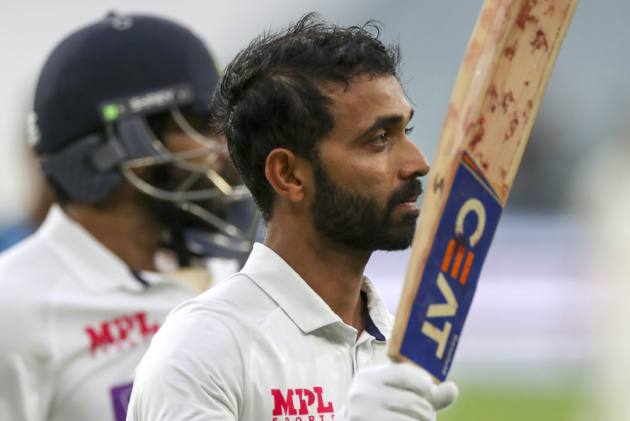 Taking over the team's reins after the Adelaide humiliation , Ajinkya Rahane had led from the front in the Boxing Day Test, producing a master-class hundred against Australia, and the Indian vice-captain says the century will remain special as it paved the way for the series victory. (More Cricket News)

After his 112 in the Boxing Day Test, Rahane had said his century at Lord's was his best.

However, the 32-year-old said he didn't quite realise the value of his Melbourne effort that eventually became a building block for India's 2-1 series win against Australia.

"For me whenever I get runs and when we win. I think for me that is something really special. Winning the Test match and winning the series is the priority for me rather than my own achievements," Rahane told Sports Today.

"I did not know how to react to that. But now I realised, given the circumstances after the Adelaide Test match, Melbourne Test was really crucial for the series and yes I thought Melbourne innings was really special," Rahane further said.

India were bundled out for their lowest-ever Test score of 36 in their second innings as Australia claimed an eight-wicket win in the series-opener to take a 1-0 lead in the Border-Gavaskar trophy.

However, the Indian team, despite not having Virat Kohli and Mohammed Shami, rose to the occasion in the next Test with stand-in skipper Rahane leading the side to a memorable victory.