Naomi Osaka defeated Alize Cornet 6-4, 3-6, 6-3 to record win over Alize Cornet on Tuesday in one of the so-called Summer Set of tournaments in Melbourne. The tournament is called Melbourne Summer Set 1 -- a tune-up event to Australian Open 2022. (More Tennis News) 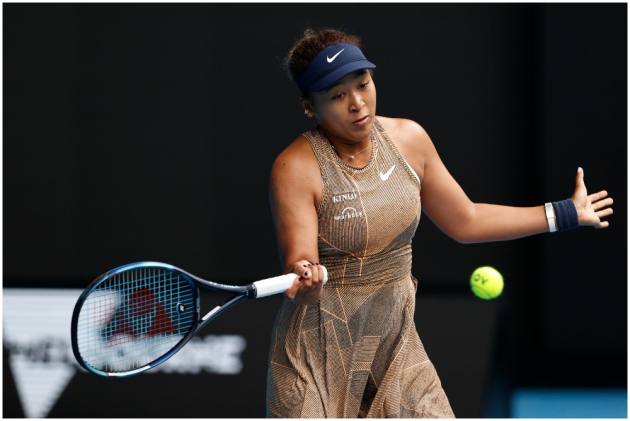 Australian Open champion Naomi Osaka opened her 2022 season with a 6-4, 3-6, 6-3 win over Alize Cornet on Tuesday in one of the so-called Summer Set of tournaments in Melbourne. The tournament is called Melbourne Summer Set 1 -- a tune-up event to Australian Open 2022. (More Tennis News)

Osaka returned to Rod Laver Arena for the first time since winning the Australian title last February. It was her first tour-level match since a third-round loss to Leylah Fernandez at the U.S. Open in September.

Osaka was up a set and a break before Cornet went on a five-game roll to force the match into a third set. The former No. 1-ranked Osaka got just over 38 per cent of her first serves into play, had eight double-faults and 57 unforced errors, but countered that with 51 winners. She faced only three break points in a match that lasted just over two hours.

“I feel like I made a lot of unforced errors today," top-seeded Osaka said, “but I expected that because it is the first match and I was really nervous.” Travel restrictions during the COVID-19 pandemic mean there's a crammed schedule of events Down Under before the Australian Open starts Jan. 17.

Jessica Pegula, the top seed in the other women's Summer Set tournament in Melbourne, lost 7-6 (6), 6-3 to Irina-Camelia Begu in her first-round match. Pegula, who reached the quarterfinals at last year's Australian Open, led 5-3 and had set points before Begu rallied for victory.

In Adelaide, 2020 French Open champion Iga Swiatek opened her Adelaide International title defense with a 6-3, 6-3 win over Daria Saville, who was known as Daria Gavrilova before her recent marriage.