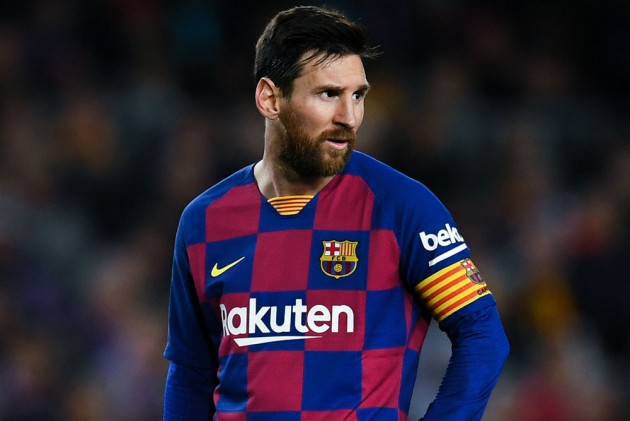 Messi and his future have been the topics of discussion since the Barca superstar's public row with director of football Eric Abidal.

After Abidal suggested some players were not working hard enough prior to Ernesto Valverde's sacking in January, Messi snapped back via social media and it raised doubts over his future at Camp Nou.

Scaloni, however, is not concerned about Argentina skipper and six-time Ballon d'Or winner Messi – who is out of contract at the end of the 2020-21 season.

"I see him [Messi] fine," Scaloni told reporters. "The other day, against Real Betis, he was the best player in the field without scoring. He gave the assist and participated of every chance.

"I'm not worried at all," Scaloni continued. "He's comfortable, he's comfortable at the national team and at Barcelona. Then what will come will come, I stay out of it."

Argentina finished third at the 2019 Copa America but Scaloni's side have another chance to be crowned South American champions as co-hosts of this year's tournament alongside Colombia.

Messi is still seeking his first senior title with Argentina, who were runners-up at the 2014 World Cup before losing in back-to-back Copa America finals in 2015 and 2016.

"I think the important thing is to try [to win the Copa America], that he knows we'll try and be protagonists," Scaloni added. "He [Messi] is not the only one that wants to win something with the national team, we all want to win, the coach, his teammates, so well, we'll try and let's hope we can make it."

Argentina are in Group A (South Zone) for the 2020 Copa America, along with Chile, Uruguay, Paraguay, Bolivia and first-time guests Australia.

La Albiceleste will open the tournament against Chile in Buenos Aires on June 12.