WTA CEO Steve Simon had called for a full investigation and demanded that Peng Shuai not be censored. Those expressing concern about Peng’s safety include tennis player Naomi Osaka. 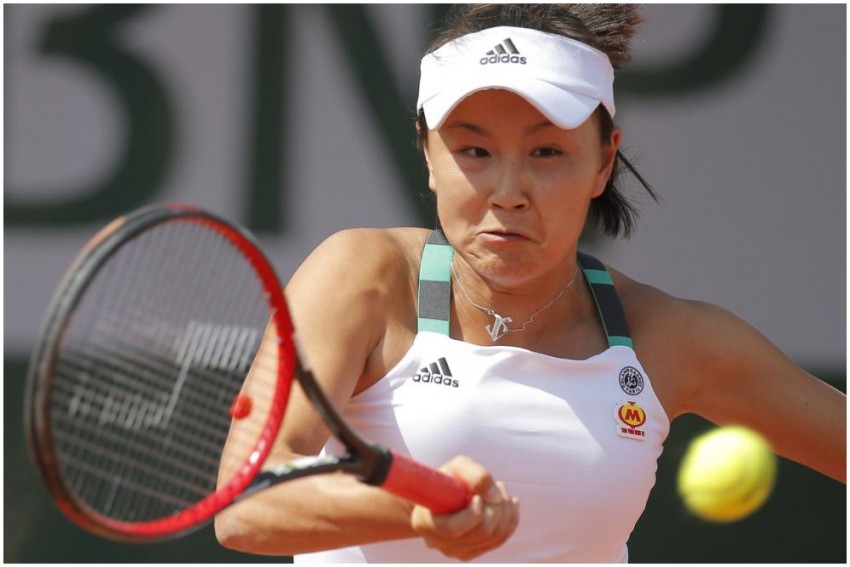 Simon on Wednesday said that a statement attributed to a two-time Grand Slam doubles champion Peng Shuai and tweeted out by CGTN, the international arm of Chinese state broadcaster CCTV — which said it contained the contents of an email she wrote to Simon, “only raises my concerns as to her safety and whereabouts”.

The 35-year-old Peng Shuai is a former world no. 1 player in women’s doubles. She won the Grand Slam in doubles event at Wimbledon in 2013 and the French Open in 2014.

The Chinese tennis player wrote in a lengthy social media post earlier this month that a former vice premier and member of the ruling Communist Party’s Politburo Standing Committee had forced her to have sex despite repeated refusals.

The post was subsequently removed from Peng Shuai's verified account on Weibo, a leading Chinese social media platform, and the country’s state-controlled media has suppressed all reporting on the case.

WTA chairman and CEO Steve Simon on Sunday had called for a full investigation and demanded that Peng Shuai not be censored. Those expressing concern about the case and Peng’s safety include ATP Chairman Andrea Gaudenzi and four-time Grand Slam champion Naomi Osaka.

A statement attributed to Peng by CGTN on Wednesday included a reference to her allegation being “not true".

As the overseas arm of state broadcaster CCTV, CGTN is among the numerous propaganda tools wielded by the ruling Communist Party in an attempt to sway foreign opinion. It has been sanctioned on numerous occasions by British TV regulator Ofcom for airing forced confessions by a British businessman, a Hong Kong bookseller and an employee of the UK consulate in Hong Kong.

“I have a hard time believing that Peng Shuai actually wrote the email we received or believes what is being attributed to her,” Simon said.

“Peng Shuai displayed incredible courage in describing an allegation of sexual assault against a former top official in the Chinese government. The WTA and the rest of the world need independent and verifiable proof that she is safe. I have repeatedly tried to reach her via numerous forms of communications, to no avail.”

Simon’s statement, released by the WTA, continued: “Peng Shuai must be allowed to speak freely, without coercion or intimidation from any source. Her allegation of sexual assault must be respected, investigated with full transparency and without censorship. The voices of women need to be heard and respected, not censored nor dictated to.”

Peng Shuai wrote that Zhang Gaoli forced her to have sex despite repeated refusals following a round of tennis three years ago. She said Zhang’s wife guarded the door during the incident. Her post also said they had sex once seven years ago and she had feelings for him after that. As is usual for retired Chinese officials, the 75-year-old Zhang dropped from public sight after his retirement in 2018 and is not known to have any intimate professional or political connections to current leaders.

Peng Shuai won 23 tour-level doubles titles and was a singles semifinalist at the 2014 US Open. She hasn’t competed on tour since the Qatar Open in February 2020, before the COVID-19 pandemic forced tennis to take a hiatus. She also participated in three Olympics.

The International Olympic Committee and China are organizing the Beijing Winter Games starting February 4; the IOC on Wednesday said that it has seen news reports about Peng and is in touch with the International Tennis Federation.

Her accusation was the first against a prominent government official since the #MeToo movement took hold in China in 2018 before being largely tamped down by authorities the same year. In response to a question at Wednesday’s daily briefing, Chinese Foreign Ministry spokesperson Zhao Lijian said he had no knowledge of Peng’s situation.