MI vs KXIP, IPL 2020: For Destructive Kieron Pollard, 'Sky Is The Limit' When It Comes To Death Overs

Kieron Pollard's belligerent batting has been a hallmark in IPL. The West Indian was on song when Mumbai Indians batted first versus Kings XI Punjab on Thursday 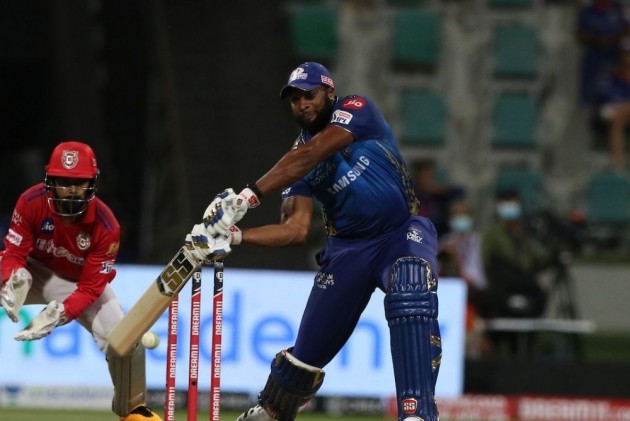 There has never been a question on Kieron Pollard's batting order in the Mumbai Indians' batting line-up. No less destructive than an Andre Russell or a Chris Gayle, Pollard is happy batting at his customary No. 6 or No. 5 position for MI for many IPL seasons now.

On Thursday, in a big ground like Abu Dhabi, Mumbai Indians skipper Rohit Sharma promoted Pollard to No. 5. MI were batting first and needed a big total to put pressure on Kings XI Punjab, a team with two centurions in IPL 2020 already.

Pollard did not disappoint yet again. His unbeaten 47 off 20 balls (3x4s and 4x6s) tore KXIP's attack to shreds and the burly West Indians' 67-run stand with Hardik Pandya took MI to 191 for four wickets, a daunting score.

KXIP lost the inform Mayank Agarwal and KL Rahul in quick succession after a rousing start. The middle order failed and MI returned to winning ways with a convincing 48-run win. Pollard's contribution was certainly a game changer.

"We know sky is the limit in the last four overs," said Pollard after adding 67 runs in 23 balls with his big-hitting comrade, Hardik Pandya.

After skipper Rohit Sharma laid the foundation with a 45-ball 70, the duo of Pollard and Pandya smashed fours and sixes at will.

Pollard, who was adjudged the Man of the Match, said: "It's about what's there in front of you. Look at the bowlers and see how many you want to get, 15 off the over and then you try to go hard.

"Today Hardik had to come and swing and he showed his prowess. We know sky is the limit in the last four overs." 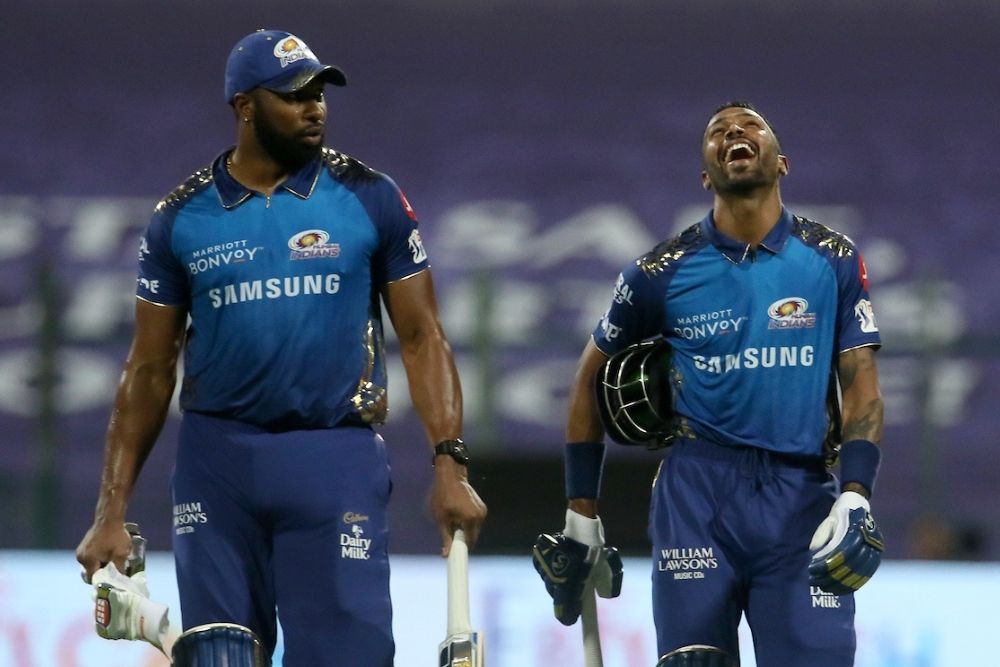 MI had scored 25 runs in the final over with Pollard sending spinner Krishnappa Gowtham's last three balls into the stands at the Sheikh Zayed Stadium.

Kings XI Punjab captain Rahul admitted they might need to play an extra bowler, saying an all-rounder would be a good addition to his team, which suffered its third defeat in the 13th IPL.

"I won't say it is frustrating, but obviously, it is disappointing," Rahul said at the post-match presentation ceremony.

"Looking back, we could have been three wins out of four. This game, we made some mistakes. Important we come back stronger. Wicket looked good with the new ball. Don't know if it slowed up after that.

"Another bowling option would be nice -- an all-rounder option who can bat and bowl well. We will be sitting with the coaches to decide if we want to play an extra bowler."

For Punjab, Mohammed Shami, Sheldon Cottrell, Ravi Bishnoi have fared well in the bowling department, but K Gowtham and Jimmy Neesham proved to be expensive.

Winning captain Rohit Sharma said that his team tried to capitalise on Punjab's attack weaknesses at the death.

"It was a great win. We didn't start really well, but we always knew with the kind of attack Punjab had we wanted to capitalise," Sharma said.

Rohit Sharma was full of praise for Pollard and Hardik.

"Those two guys they back themselves to get the runs, it's nice to have them in form as well," he said.

Given KXIP's batting prowess, Mumbai Indians always had a fight in hand.

"We knew we had to get early wickets and everything went to plan, credit to the bowlers. The last game the execution wasn't exactly right at the death with the ball (MI lost a super over to RCB). So we discussed and wanted to improve," Sharma said.

"I haven't played enough with Trent Boult and James Pattinson, so it's difficult to get them on the same page. They have now got an idea of what I need from them and I got to know them better too. Feels nice to get the runs, but the two points matter more."