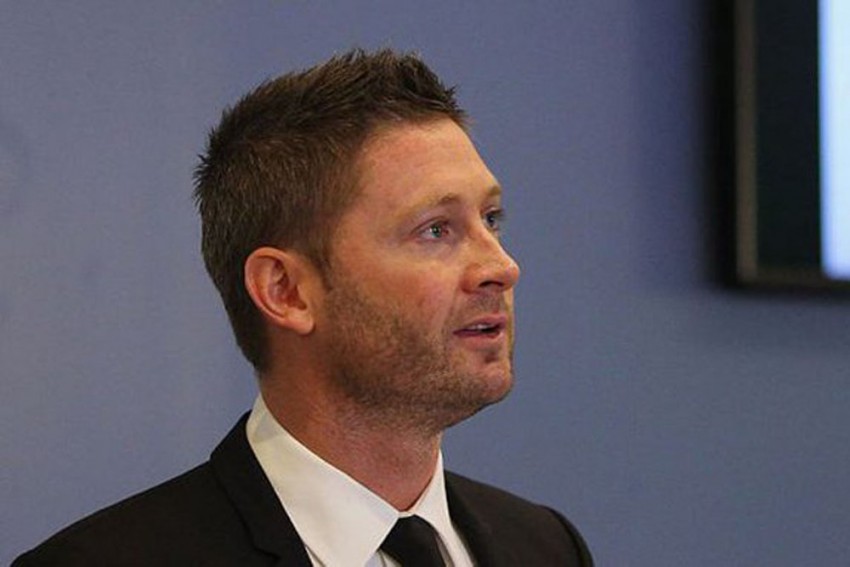 Clarke, however, refused to blame team leader Tim Paine for the unthinkable Test series defeat at home. An injury-ravaged India beat Australia by three wickets in the final game in Brisbane on Tuesday to win the series 2-1 and retain the Border-Gavaskar Trophy.

"I thought we might have been a tad negative at certain stages throughout because we were scared to lose versus attack hard and look to win the game," Clarke said on Big Sports Breakfast.

Under Paine, Australia have competed in 23 Tests and have managed to win only 11 of them. Two Test series defeats at home against India make his record look worse.

Paine, who took over from Steve Smith in 2018 after the ball-tampering scandal in South Africa, is copping criticism for not only the 1-2 defeat but also for his sloppy work behind the stumps.

However, Clarke said it was the negative mindset that pegged Australia back.

"At the end of the day, whether we lost with 20 overs left in the game or on the last ball of the game, it didn't matter. We had to win that game to win that trophy.

Clarke said there was a time when the buck stopped with the captain but it should not be the case anymore since there are other professionals, who call the shots in the Australian set up.

"When I played cricket, when I grew up watching my father ... the captain was accountable in the teams I played in. Through that transition of me captaining Australia, that changed.

"So now, who is driving the bus? This is my point."

"And look, there's been a lot written about Tim Paine behind the stumps. He's grassed a few chances, but who hasn't? You look at all the keepers in history and I'm sure there would be plenty who had leaner periods behind the stumps.

"With the bat, you can't fault him. He goes along with Marnus Labuschagne as having one of the best techniques in the team. He stood up and took on the Indian players."

Lee said he does not find anything wrong with Paine captaincy style.

"His captaincy has been really good. As I said, in Sydney there were maybe a few other things he could have tried, but put yourself in that situation — he's under the pump, he's had a few players go down as well, there's chances (gone begging) when they're trying to take those last five wickets," he said.

"(He's a) brilliant keeper, his batting has been outstanding, and his captaincy really sound."

Paine, after the defeat on Tuesday, said he wants to continue as leader of the team since he has some "unfinished business" to settle.