Mike Tyson, 54, looked in impressive physical shape as he stole the show in Florida, landing a massive punch on Cash Wheeler 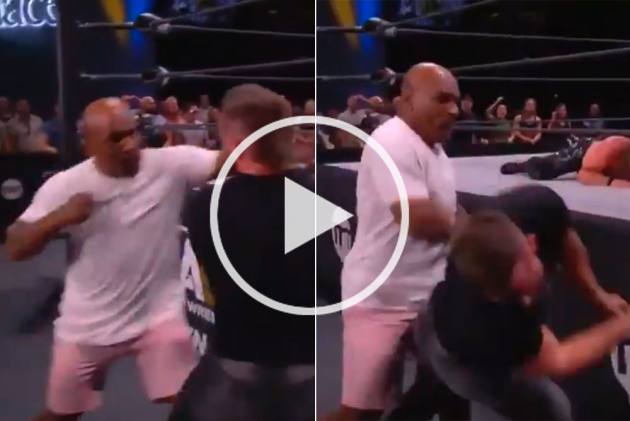 It may not quite be the real thing, but Mike Tyson is once again landing knock out blows. (More Sports News)

The 54-year-old looked in impressive physical shape as he stole the show at the ''AEW Dynamite'' wrestling event in Florida on Wednesday night, landing a massive punch on Cash Wheeler.

Mike Tyson obviously pulls the punch but Cash looks like he still has to eat some of it! Which is 100% more than I could eat. pic.twitter.com/z4N4wTGS4D

''Iron Mike,'' making his second appearance in AEW, was tasked with the role of special enforcer in the match between Chris Jericho and Dax Harwood, taking no nonsense and focusing on stopping wrestlers from using weapons.

So when he saw Cash Wheeler about to swing a baseball bat in anger, Tyson wasn't too happy...disarming Cash with a right fisted haymaker.