Mikel Arteta could go on to carve out an excellent career in coaching at Arsenal, according to Robin van Persie 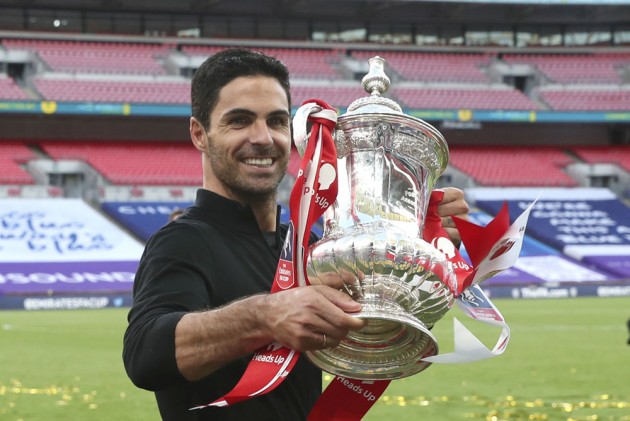 Arteta has already won silverware in his fledgling managerial career, guiding the Gunners to a 2-1 FA Cup final win over Chelsea this month.

Though Arsenal finished eighth in the Premier League, that Wembley triumph was enough to secure their place in the Europa League for next season.

READ: How Arsenal Have Evolved Under Mikel Arteta

And former Gunner Van Persie, who spent a season playing alongside Arteta at Arsenal, has backed Pep Guardiola's former assistant to become a top-class coach.

"He was a good player. He was always fit, he connected play, he got his goals. He was good," Van Persie told Stats Perform News.

"But as a coach I do think he has the potential to become great. I said that even after watching the first couple of training sessions, or bits of it.

"The way he comes across in the media, the way he makes his team play. It's very promising, very positive.

10 contenders. Only one winner.

Which of these 10 strikes is your Goal of the Season?

"He needs time. Sometimes you look at teams or you look at a coach and think 'okay, this coach could have 200 years and it would not happen'.

"When I look at Mikel, I do see change, I see the positive changes and little things happening. How they work together, how they defend together.

"They are a shorter distance together. Going forward but defensively too. They have got better at defending set-pieces which was always an issue.

"David Luiz is having his best games. He gives confidence to players and most players are picking up on that, doing really well and they really play for Mikel."