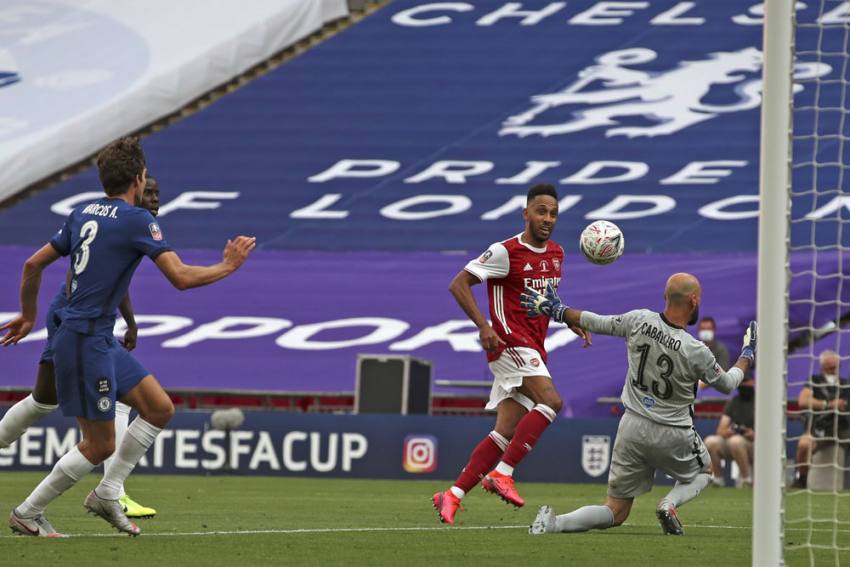 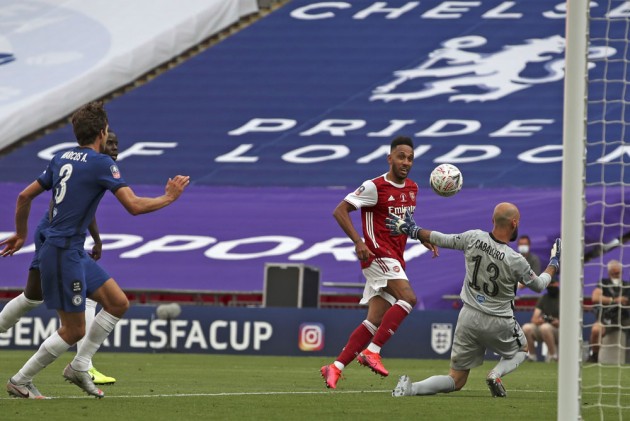 Aubameyang followed up his semi-final brace against Manchester City with two more goals in Saturday's 2-1 win over 10-man Chelsea as Arsenal recovered from an early Christian Pulisic strike.

The Gabon international's future has been shrouded in doubt amid reports he does not intend to sign a contract extension, with his current terms due to expire next year.

However, Arteta said on the eve of the final he does not expect Aubameyang to leave and he is now even more optimistic about Arsenal's chances of persuading their captain to stay.

"He knows what I think about him. I want to build the squad around him," Arteta told BBC One. "I think he wants to stay and it is just about getting the deal done.

"But I think these moments will help him to realise and believe that we are in the right path and he is a big part of that.

"He is loved by everybody at the club. Hopefully he can continue with us."

Asked if he feels Aubameyang will put pen to paper on a new deal, Arteta replied: "I think he will, yes."

Arsenal showed good character to respond to Pulisic's fifth-minute goal at Wembley, with Aubameyang converting from the penalty spot before half-time and adding a second with an impressive solo strike in the second half.

And Arteta, who succeeded Unai Emery as Arsenal boss in December, believes his side kept one of their best displays of his tenure until the final game of the season.

"It was a difficult start when we conceded so early. If I know something about these players, it's that we weren't going to give up," he said.

"We played probably the best 30 minutes after since I arrived. I am so proud to represent these players and this club."

Arsenal finished the Premier League season in eighth place but will now play in the Europa League next season after lifting the FA Cup for a record-extending 14th time.

"It is a double reward for us. It is really important for this club in every way to be in Europe. We all did it so I am so happy," Arteta added.

"The players were completely knackered and they made a massive effort through the coronavirus to keep fit so I am so happy for them."