Martin Odegaard's first-half free-kick gave Arsenal the edge at Turf Moor and they held on for a hard-fought three points to further ease the pressure on Mikel Arteta. 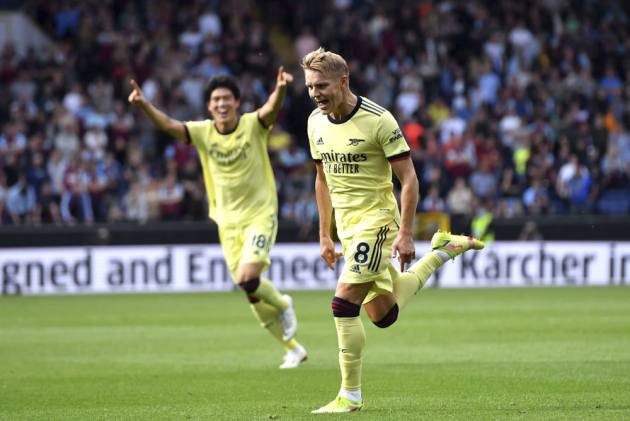 Martin Odegaard's first-half free-kick gave Arsenal the edge at Turf Moor and they held on for a hard-fought three points to further ease the pressure on Arteta.

The Gunners were grateful referee Anthony Taylor reversed his decision to award Burnley a second-half penalty as they followed up last week's first league win of the season against Norwich with another three points.

"It was a really hard-fought victory in a place that is really tough to come and win. You have to be ready for a fight," said Arteta.

"(Burnley) split the two blocks very much and then you have to defend crosses and long balls and we did that really well," he added.