Mikel Arteta delivered a withering assessment of Arsenal's performance against Liverpool, saying they 'could not put three passes together' 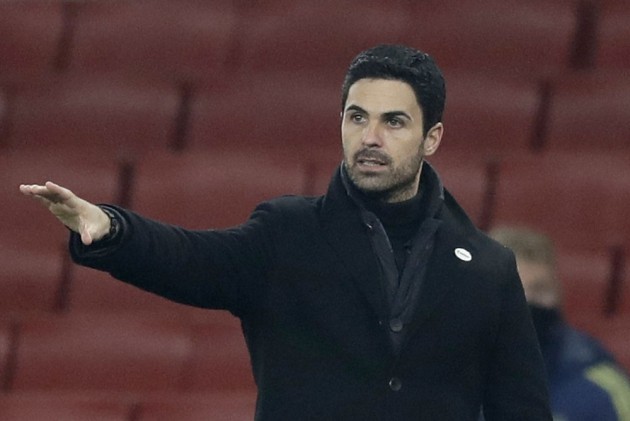 Mikel Arteta said Arsenal's dire display against Liverpool had left him "in shock" after the Gunners surrendered 3-0 at home. (More Football News)

The seething manager attempted to take the blame for the performance, but disdain for the effort of his players was all too clear in the Spaniard's verdict.

Until then, Arsenal had been holding on, while never looking capable of going on to win the game. The home side had three attempts at goal, while Liverpool had 16 efforts on the way to winning by their biggest ever margin in an away league game at Arsenal.

Arteta told Sky Sports: "We completely deserved to lose the game. They were better in every department.

"They deserved to win the game with the margin that they have, or more. It was unacceptable from our side, the way we played.

"They won every duel, every second ball, every challenge. They were brave when they had the ball, they made the right decisions; we didn't.

An emphatic showing in north London from @LFC #ARSLIV pic.twitter.com/Yh9PCUFnJB

"We saw the difference today between the two teams, that when we perform at that level the margin is incredibly high.

"The standard has to be much higher from this football club and my job is to get them to perform at that level. We could not put three passes together. There were too many things that were not done right.

Arsenal tackle Slavia Prague in the quarter-finals of the Europa League on Thursday. Arteta knows there must be a major response from his players.

He said: "If you have courage and you have big balls and you represent a club like this, you have to stand up in the next game and take it."