Pierre-Emerick Aubameyang can rank alongside the likes of Ian Wright and Thierry Henry if he stays at Arsenal, says Mikel Arteta 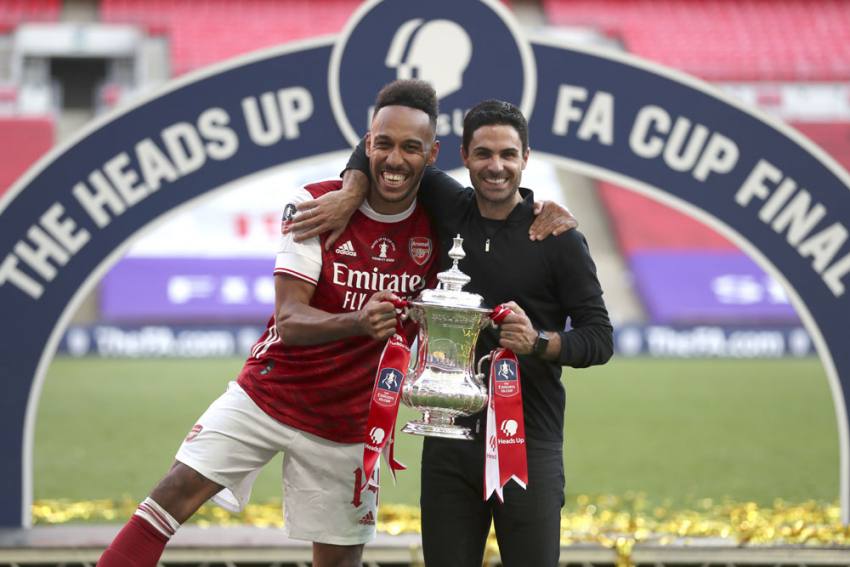 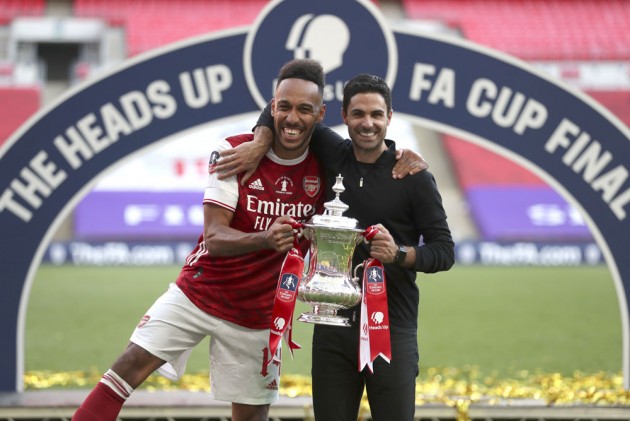 Aubameyang scored both goals – as he did in the semi-final win over Manchester City – as Arsenal completed a stirring 2-1 FA Cup final triumph over Chelsea on Saturday.

The former Borussia Dortmund forward has 70 goals in all competitions since joining the Gunners in January 2018, but his future is the subject of mounting speculation.

Aubameyang is out of contract next year, although Arteta has repeatedly expressed confidence the Gabon international is ready to remain at Emirates Stadium.

After his superb winning goal downed London rivals Chelsea, he was challenged by his head coach to place himself alongside the likes of Ian Wright and Thierry Henry in Arsenal history.

"It's the most difficult thing in football, that's for sure, and he makes it simple – look at the second goal he scored," Arteta said.

"We always had incredible strikers at this football club and Auba deserves to be named and compared with the big names.

"By winning trophies he will be closer to that and the longer he stays there as well.

"Hopefully we can have him for more time."

Arteta also made a point of praising Aubameyang's work ethic – the captain leading by example in a squad where the likes of Mesut Ozil and Matteo Guendouzi have fallen shy of their boss' exacting standards.

"The biggest problem as well was probably to convince [Aubameyang] to work the way he is working," Arteta added.

"He was going to get more rewarded, more respected and then that respect goes from respect to admiration – admiration from his team-mates, the people who work with him and the fans.

"I think now, the way he is conducting himself on and off the field, he has got that."