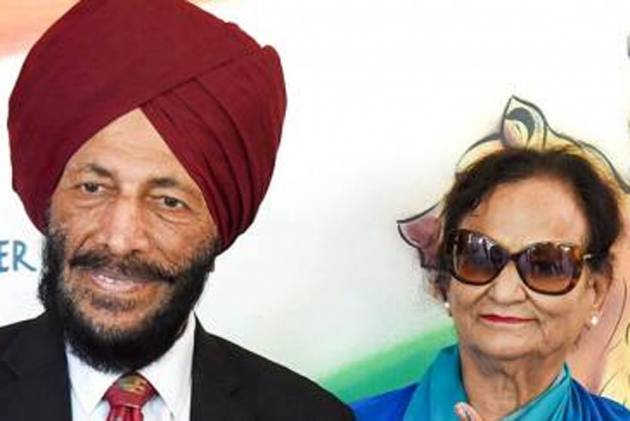 The 91-year-old is being closely monitored by a medical team at the Post Graduate Institute of Medical Education and Research (PGIMER).

"Legendary sprinter Shri Milkha Singh ji, who has been admitted in the ICU of NHE Block of PGIMER since June 3 and getting treatment for COVID-19, is showing continuous improvement," hospital spokesperson Prof Ashok Kumar stated.

"On the basis of all the medical parameters today, that is June 6, his condition has been observed better than previous days," he added.

Milkha's family also issued a statement through a spokesperson stating that the iconic athlete is improving and his condition is stable.

His COVID positive wife Nirmal Kaur (82), however, "continues to battle it out bravely," according to the spokesperson.

Kaur is currently admitted at the Fortis hospital in Mohali.

Milkha was also admitted at the same hospital earlier but was discharged on Sunday last on the request of his family.

He, however, continued to be on oxygen support at home and was admitted to PGIMER after his oxygen levels began to dip.

Milkha is suspected to have contracted the infection from a house help.

His timing at the Italian capital was a national record for 38 years till Paramjeet Singh broke it in 1998.