The decision will help boxer Amit Panghal, who was nominated twice for the Arjuna award but has not been considered because of a dope violation 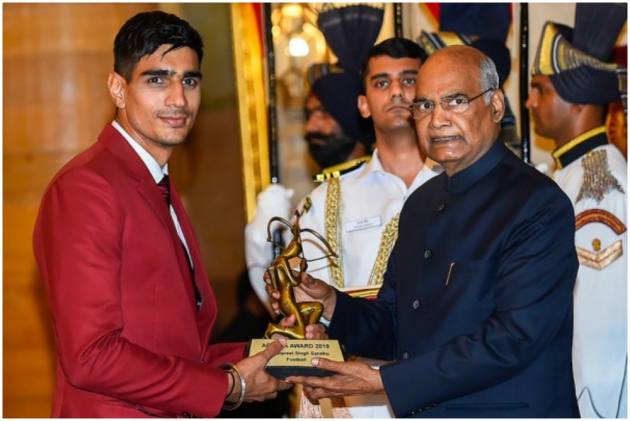 The Sports Ministry has made dope-tainted athletes and coaches eligible for the National Sports Awards provided they have completed their ban periods, a decision that will benefit the likes of boxer Amit Panghal, whose ‘inadvertent’ violation in 2012 has denied him a shot at the honours. (More Sports News)

In a circular issued for this year’s honours, which are expected to be announced in the next few days, the Ministry said that athletes penalised for doping offences will be eligible at the end of their suspensions but any achievements during the period will not be considered for the awards.

“...(the athletes) shall be eligible to be considered for the award after completion of their sentence/penalty/suspension/ban period. The achievement during the said suspension/punishment would not be considered,” the Ministry stated.

“The sportsperson against whom enquiry is pending/ongoing will not be considered,” it added. Till last year, dope offenders were ineligible for any national honours.

The Asian Games gold-winning Panghal, who is also India's first and only silver-medallist at the World Championships, has been nominated twice for the Arjuna award but has not been considered because of the dope violation, which took place when he underwent treatment for chickenpox in 2012.

The 25-year-old Olympian has maintained that the dope violation was an inadvertent intake at the youth level. He was nominated for Khel Ratna last year. The Ministry has similarly relaxed the rules for dope-tainted coaches as well but coaches have rarely been penalised of any dope violations by their wards in Indian sports.

“A coach found encouraging the use of drugs/substances banned by the World Anti-Doping Agency (WADA) based on a sample collected by the National Anti-Doping Agency (NADA)...shall be eligible for the Dronacharya award after completion of their sentence,” the Ministry said.

Various national federations, like the Wrestling Federation of India, have their own disciplinary framework to fine or ban coaches who are found guilty of supplying banned substances or encouraging their usage.

Indian Weightlifting Federation (IWF), a body that has grappled with several high-profile dope scandals in the past, hoped that the ministry has examined all implications of such a move. “We have to follow the ministry decision as it must have been taken after due consideration to all possible aspects, including legal," IWF Secretary General Sahdev Yadav said.

Anti-doping and Sports Medicine expert Dr PSM Chandran welcomed the move. “I have been advocating for this for a long time. If a dope offender is allowed to compete and win medals after serving a ban why would he be deprived of awards?” he said.

“If an athlete wins an Olympic gold medal for India after being banned for doping offence earlier, will you make him or her ineligible for national awards,” he added.