With just one win from nine games, Sunrisers Hyderabad's chances of qualifying for the IPL 2021 playoffs are over. 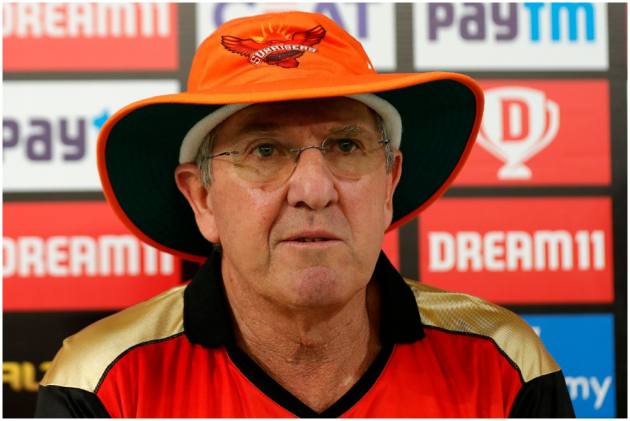 Beleaguered Sunrisers Hyderabad (SRH) coach Trevor Bayliss feels his entire batting line-up has failed to deliver in what is turning out to be a horror run for the team in the ongoing IPL 2021 season. (More Cricket News)

Not surprisingly, the southerners are struggling at the bottom of the eight-team standings with only one win and eight defeats, the latest being a five-run loss to Punjab Kings (PBKS) on Saturday night.

Bayliss has no qualms in admitting that his team did not play ‘good enough’ cricket. “We got behind the run-rate early, lost some early wickets which is obviously never good, chasing a small target on a wicket like that.

“We would like to get off to a nice, crisp start, good start with the new ball, but unfortunately, it went the other way,” said Bayliss. “I thought we did reasonably well to stay in and give ourselves a chance but, in the end, to be honest, we didn’t play any good enough cricket,” the head coach summed up.

Asked whether the lack of runs from Indian batsmen was worrisome, Bayliss said, “Look, to be honest, I would put all the batsmen in that category. When we have played well in the past, we have got off to a good start at the top of the innings, with the overseas players that we have got.”

“We just got to be better than that and we have got to turn around quick,” he said, adding that Jason Holder, who took the team close to a win, played ‘fairly straight’ and ‘showed the boys how it should be done by playing straight’.

“Our batters are not playing with confidence obviously. We have lost five games by under 10 runs and most of those batting second, chasing. Tonight especially, we made a lot of mistakes with the bat,” Bayliss added.