New Zealand have named four frontline spinners for their two-Test series against Sri Lanka next month. Mitchell Santner last played a Test for the Black Caps in December 2017. 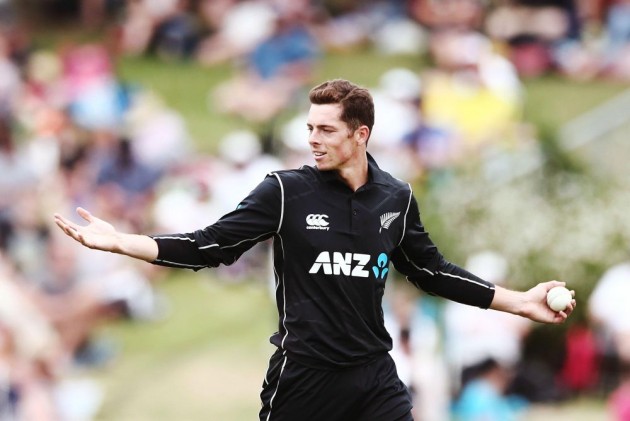 Mitchell Santner has been named by New Zealand as one of four spinners in a 15-man squad for their two-Test series against Sri Lanka in August. (CRICKET NEWS)

Santner last played a Test for the Black Caps in December 2017, but the left-arm spinner is part of a squad that also includes Todd Astle, Ajaz Patel and Will Somerville.

New Zealand are readying themselves for spin-friendly conditions in Galle and Colombo in a series that also begins their ICC World Test Championship campaign.

"Playing three spinners is an option in Sri Lankan conditions and we believe this group provides the best variations and skill mix on offer," he said on Monday.

"England were playing three spinners against Sri Lanka on their successful visit there last year and the slow bowlers also dominated the previous series against South Africa."

"It's good timing for us after the World Cup," Stead added, the Black Caps having suffered a heartbreaking loss to England in the final of the tournament.

"It was an incredible time for the team and the country, but we're now excited to move forward as a group and sink our teeth into another opportunity."

The first Test between New Zealand and Sri Lanka begins in Galle on August 14.