Left-arm pace bowler Mitchell Starc took out Rory Burns’ leg stump with a swinging yorker on the first delivery of the Ashes series on Wednesday, and England lost their first wicket before scoring a run in the opening Test at the Gabba. 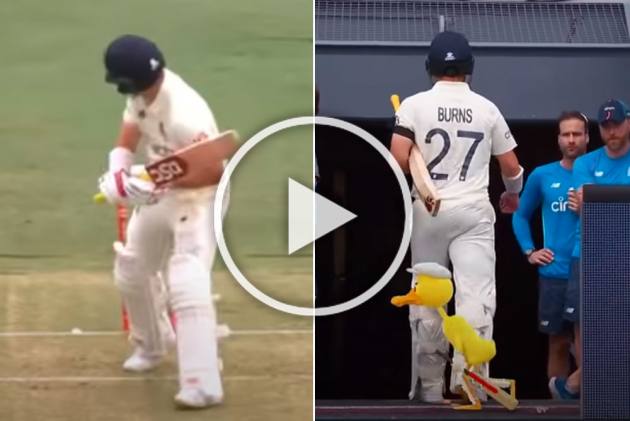 When it comes to first-ball folklore in the Ashes, new Australia captain Pat Cummins thinks it’s time for a hit to take precedence over a miss. (More Cricket News)

Left-arm pace bowler Mitchell Starc took out Rory Burns’ leg stump with a swinging yorker on the first delivery of the Ashes series on Wednesday, and England lost its first wicket before scoring a run in the opening test at the Gabba.

It set in motion two sessions of dominance from Australia’s bowling attack, which dismissed England for 147 before heavy rain and bad light combined to bring an early end to play on Day 1.

The dismissal of Burns was instantly compared with a fateful first-ball moment for Steve Harmison, the England paceman who bowled so wide on the opening delivery of the 2006 series at the Gabba that it was fielded at second slip.

England had entered that series on the back of a drought-breaking Ashes triumph at home in 2005, but surrendered the old urn in a thumping 5-0 series defeat in 2006-07.

On Wednesday, Cummins returned a five-wicket haul in his first innings as Australia's test captain, and his pace bowling partners Starc and Josh Hazlewood took two wickets each.

Rather than focus on Burns' batting, Cummins praised Starc's impact on the game.

"When you think of the first ball of an Ashes series, everyone goes back to Harmison,” Cummins said. “So hopefully that’s the new memory now. Just great, so happy for," Starc.

"He’s got a knack of picking up a wicket in the first couple of overs. Pumped for him more than anything else. Just excited, great way to start it off.”

Starc, who took a key wicket in the first over of the 2015 Cricket World Cup final to set up Australia's win over New Zealand, simply said it was nice to “get it in the right spot to start the day” against England.

"Yeah. On the money I guess first up," he told Australian cricket broadcaster Channel 7, adding that he got a bit lucky. "I’d love to sit here and say that’s how I drew it up, bowling him around the legs, just swing it in.

"It’s no secret the way I go about my bowling is to be attacking and aim for those stumps. A yorker is a big part of my game, but for me it’s to bowl fast and swing it.”

It was the first time since 1936 that a wicket fell on the first ball of the Ashes series Down Under. England was also on the receiving end at the Gabba that year, and slumped to 20-3, but recovered to win that match.

England hasn’t won a test at the Gabba since 1986, and will have to recover quickly on Day 2 to avoid extending that stretch.

Ollie Pope, one of only two England batters to reach the 30s on Wednesday, backed England and Burns to rally.

"Obviously frustrated as a unit but we’re not going to get too down," he said. "It’s a long series. Going to keep the spirits high, come fighting tomorrow.

"I know what Burns is like. He's a competitor as well, so he'll be back."