In a documentary titled, 'Capturing Cricket: Steve Waugh in India', the former Australia captain said that Virat Kohli is loved by the fans for his attitude of not being intimidated by the opposition 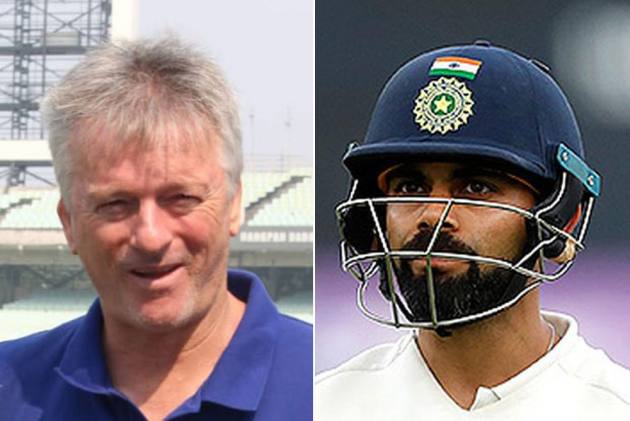 Australian great Steve Waugh feels that Virat Kohli is like a "modern-day hero" who represents the "new attitude of India" of taking everything head-on with a mindset of nothing is impossible. (More Cricket News)

In a 60-minute documentary titled, "Capturing Cricket: Steve Waugh in India", the former Australia captain said that Kohli is loved by the fans for his attitude of not being intimidated by the opposition.

“What they love about Kohli is that it’s like the new attitude of India, get stuck in, don’t be intimidated. Take everything on and anything is achievable and possible. But he’s like the modern-day hero,” Waugh was quoted as saying in a media release issued after the launch of the documentary.

Waugh said he was always fascinated by how the people in India celebrated cricket.

“Capturing Cricket is especially very near to my heart as it covers two of my passions i.e. cricket and photography," he said.

"Since, my first visit to India in 1986, I was always fascinated by how the locals celebrated the sport of cricket."

According to Waugh, his recent trip to places like the stadium in Dharamshala and Oval Maidan in Mumbai gave him Memories of a lifetime.

"I am positive that when the fans in India watch the documentary, they will be able to feel the very emotion of the journey."

The documentary captures the very essence and undying love for the game in India through the lens of Waugh and is brought by Discovery+.

The story of the documentary revolves around Waugh’s passion for photography and his fascination for India and its cricketing culture since his first international tour in 1986, the release said.

Remembering his early days, Tendulkar said in the documentary, “I played all my school cricket on those maidans and it becomes sometimes difficult to figure out who is fielding for which team and then to find gaps became more challenging."

"We had to be dead sure that this is a single available between point and cover fielder. It just helped you to find gaps. I remember after that when I went to these big stadiums it became easy for me to find gaps."

Dravid said the youth of India believe that they can achieve everything.