The England all-rounder, who has scored 2914 runs and 195 wickets in Tests, is not keen to spend time away from family. 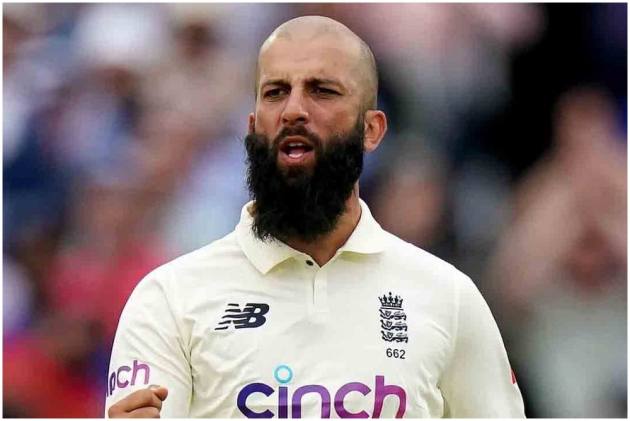 England' Moeen Ali has decided to call it time in Test cricket for England, the all-rounder confirmed in an interview. The 34-year-old has decided to bid adieu to the longest format of the game and it is learnt that the left-hander has already informed England head coach Chris Silverwood and Test captain Joe Root about his decision. (More Cricket News)

Recently, several English top-level cricketers have expressed their dissatisfactions of being confined in bio-bubbles for four months under strict restrictions during the Ashes Down Under and could boycott the tour. It may have played in Moeen’s case also.

"I felt like I was done, to be honest," Moeen Ali was quoted as saying. "I was hoping to play the last Test (in Manchester) - there were a couple of milestones I wanted to pass - but once that game got called off, I realised that was it.

"Headingley was a great win but I just found I couldn't concentrate. I've played rash shots before and had poor games before. But I just felt like I wasn't in it. I've never felt that before. It's not that I didn't want to perform, I just didn't feel like I was fully wholeheartedly into it."

England's Moeen Ali has called time on his Test career.

Moeen Ali is currently in the UAE playing in the Indian Premier League (IPL) 2021 for Chennai Super Kings and also has been named in England’s T20 World Cup squad starting next month. The reports also suggest that Moeen is keen to play white-ball cricket for England and the T20 franchise leagues around the world. However, nothing official has come from Moeen.

Moeen, who made a Test comeback against India last month, felt that although playing in whites is amazing, the intensity can be too much sometimes. “I’m 34 now and I want to play for as long as I can and I just want to enjoy my cricket," Ali said. “Test cricket is amazing, when you’re having a good day it’s better than any other format by far, it’s more rewarding and you feel like you’ve really earnt it.

“I will miss just walking out there with the lads, playing against best in the world with that feeling of nerves but also from a bowling point of view, knowing with my best ball I could get anyone out," he said.

“I’ve enjoyed Test Cricket but that intensity can be too much sometimes and I feel like I’ve done enough of it and I’m happy and content with how I’ve done.”

An attacking off-spinner who can drift, dip and turn, Moeen Ali has played 64 Test matches scoring 2914 runs with a career-best of 155 not out. Had England versus India's fifth Test match in Manchester not cancelled earlier this month, Moeen would have got to the 3000-run landmark.

He is just five wickets short of reaching the 200-wicket mark in Tests. Only Derek Underwood (297) and Graeme Swann (255) have more Test victims among English spinners. Moeen Ali will be highly remembered for his 25 wickets in four Tests against South Africa in 2017 including a famous hat-trick at the Oval, and a haul of 32 wickets in six Tests against Sri Lanka and West Indies in the winter of 2018-19.

Staying in bio-bubble for a longer period has been a problem for a lot of cricketers and it won’t be surprising if a few of his teammates follow suit in the coming days. Moeen’s teammate Ben Stokes has taken an indefinite break from cricket to focus on his mental health.