Mohamed Salah will not be distracted by talks about his future, Liverpool manager Jurgen Klopp said. 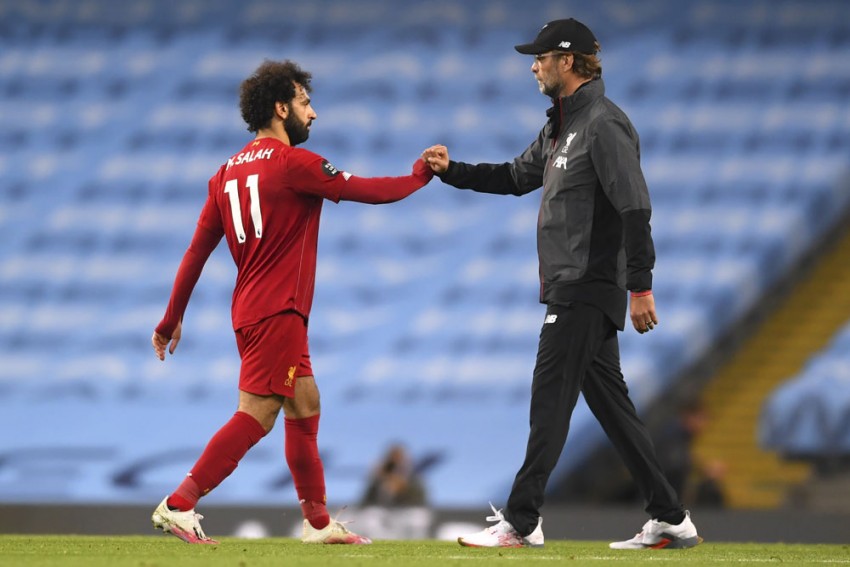 Salah has a deal at Anfield until 2023, but his future has become a talking point after he refused to rule out a move to Real Madrid or Barcelona in an interview with AS last month.

While Liverpool have struggled for consistency and sit fourth in the Premier League, Salah has netted 13 times to be the top goalscorer in the competition.

Ahead of Sunday's FA Cup clash against Manchester United, Klopp said he had no doubt about Salah's focus despite talk about his future.

"It's not that [players] go out and [volunteer] to talk about the things we think are important. It's pretty rare that that happens," the Liverpool manager told reporters.

"We get asked questions and then we answer and that's then the story and it always sounds like we started the conversation.

"But in Mo's case it's not like that, so no, I don't think it will distract the season."

The latest team news ahead of #MUNLIV tomorrow

While Salah is the top goalscorer in the Premier League with 13, five of those have come from the penalty spot.

But his big chance conversion (64.3 per cent) is the highest it has been since he joined Liverpool from Roma in 2017.

However, his dribbles success rate (39) is the lowest since he arrived at Anfield.

Liverpool have won just one of their past six games ahead of their trip to Old Trafford to face rivals United.