Stats give encouragement to both teams, as India seek their third ICC Cricket World Cup title and Pakistan their second. 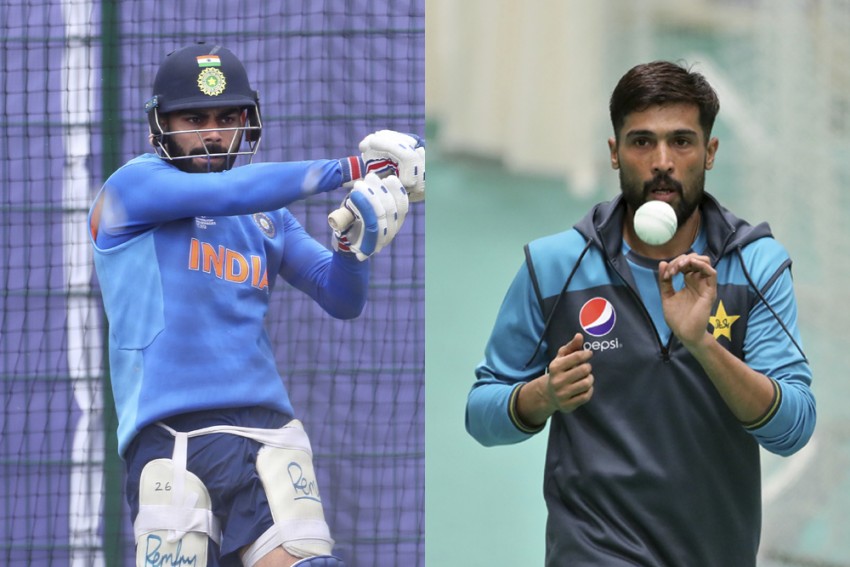 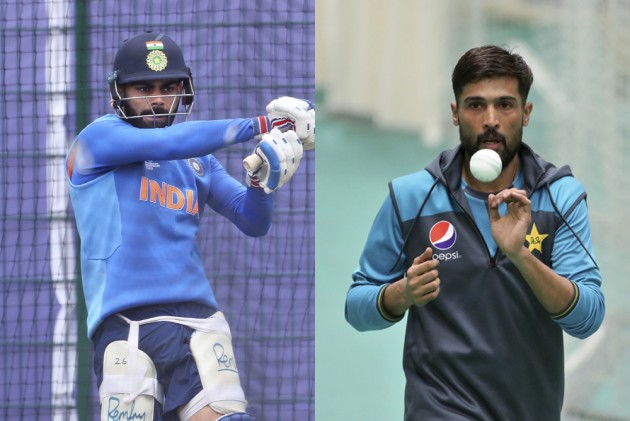 Almost 800,000 applications for tickets and more than a billion viewers expected worldwide – when India take on Pakistan it’s always a must-see event.

Sunday’s clash at Old Trafford is the most eagerly-anticipated of all the group-stage matches at ICC Cricket World Cup 2019. (SCHEDULE & RESULTS | POINTS TABLE)

Pakistan coach Mickey Arthur said in his pre-match press conference that careers will be defined by the fixture, while the fact the sides have met just twice – in any format – in the past two years, makes the excitement all the more palpable.

Throw in the match’s importance in the race for the knockout stages and it’s easy to see why it will be one of the biggest global sporting events of the year.

So what could prove to be the decisive factor in Manchester?

Pakistan have the better of the overall head-to-head record – winning 73 of the 131 ODIs contested between the sides, to India’s 54 – but at the ICC Men’s Cricket World Cup, it’s a different story entirely.

India have come out on top in all six meetings at the global showpiece, starting with a 43-run triumph back in 1992 and most recently securing a 76-run victory in 2015.

It’s quite a statistical hoodoo for Pakistan to overcome but they can take heart from the last game the teams played in England – Fakhar Zaman’s 114 and Mohammad Amir’s 3/16 helping them to a huge 180-run win in the ICC Champions Trophy final at the Oval almost two years ago to the day.

Speaking of Mohammad Amir, he wasn’t in Pakistan’s initial 15-man World Cup squad but once injuries gave him an opportunity at the tournament, the left-arm seamer has seized it in style.

Three wickets against West Indies, two against England and brilliant figures of 5/30 against Australia have put him among the tournament’s leading wicket-takers.

The 27-year-old’s battle against the Indian top order could prove decisive and Amir will be particularly encouraged by his recent record against opener Rohit Sharma – trapping him LBW with his third ball in that 2017 Champions Trophy final, having dismissed him in the same manner with his second ball in the Asia Cup a year prior.

Amir has proven himself a bowler for the big occasion and occasions don’t come much bigger than this.

With KL Rahul expected to move up from No.4 open the batting for India in the absence of the injured Shikhar Dhawan, more pressure could fall on the shoulders of Virat Kohli at three.

Fortunately, the Indian skipper seems impervious and has carried the team on his back plenty of times during his 11-year international career.

ALSO READ: IND Vs PAK, ICC Cricket World Cup 2019: This Is The Best Thing You Will See Before India-Pakistan Match – Don’t Miss

Kohli demonstrated his form with a classy knock of 82 against Australia and has a healthy average of 45.90, with two tons and a half-century, in his 12 ODIs against Pakistan.

The number one batsman in the ODI rankings also sports a ridiculous 70.33 average over the past four years in the format – racking up 5,697 runs in that time – so limiting the damage he can cause will be a vital, if unenviable, task for Mickey Arthur’s men.

He’s still only 24 years old but Pakistan hope that in the long-term, Babar Azam can be their answer to Kohli.

That’s a huge ask for any young player but the classy right-hander is certainly on the right track and is already ranked as the number one batsman in international T20 cricket.

Those are numbers that compare favourably to Kohli at that stage of his career – after 64 ODIs, the Indian superstar had accumulated 2,347 runs at 43.49 (including six hundreds and 16 fifties), with a strike rate of 82.14.

It’s what Kohli did next and how his game developed that puts him among the all-time greats but Babar, who is yet to clear 50 in four matches against India, could certainly take another step down that path by leading Pakistan to victory on Sunday.

As the number one bowler in the ICC ODI rankings, Jasprit Bumrah provides India with another consistently potent weapon with the ball, although he hasn’t quite hit the heights in his four one-dayers against Pakistan.

Bumrah has taken just four wickets in those matches and the 0/68 from the Champions Trophy final in 2017 remain his worst figures in ODI cricket to date.

An average of 35.75 against Pakistan isn’t in the same league as his stellar mark of 21.98 during his ODI career as a whole but the 25-year-old has already demonstrated his quality during this World Cup with a scintillating spell in India’s opener against South Africa that caused fits for the Proteas top order.

Heading into the World Cup, nobody in world cricket had taken more wickets at the death than Bumrah’s 44 since his ODI debut against Australia in January 2016, so if the game does go down to the wire – India can boast just the man for the job.

India Vs Pakistan, Cricket World Cup: Whom Does The Stats Support In ODI Format, Jasprit Bumrah Or Mohammad Amir?