Mohammad Hafeez represented the nation in 392 international matches, amassing 12,789 runs and taking 253 wickets. He will continue to be available for franchise cricket around the world. 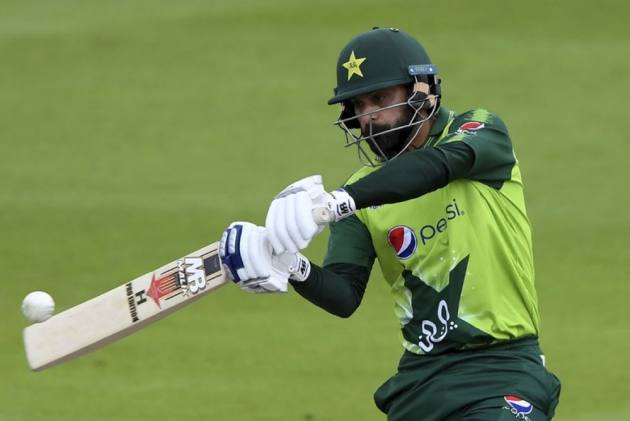 Former Pakistan captain Mohammad Hafeez has retired from international cricket on Monday, bringing down curtains to his 18-year long career. He will continue to play franchise cricket around the world.  (More Cricket News)

Hafeez had announced his retirement from Test cricket in 2018.  The all-rounder represented Pakistan in 392 international matches in which he scored 12,789 runs and took 253 wickets. He has played 55 Tests, 218 ODIs and 119 T20Is for the country including three ICC ODI World Cups and six T20 World Cups.

“Today I say good-bye to international cricket with pride and satisfaction. In fact, I have earned and accomplished more than I had initially envisaged and for that, I am thankful to all my fellow cricketers, captains, support staff and the Pakistan Cricket Board who helped me out during my career,” Hafeez said on Monday.

“I am extremely fortunate, lucky and proud to have been considered worthy of donning the national kit with Pakistan emblem for 18 years. The 41-year-old top-order batter has signed up with Lahore Qalandars for the upcoming edition of the Pakistan Super League.

Hafeez's international debut came in an ODI against Zimbabwe in 2003 and his last match was Pakistan's defeat to Australia in the T20 World Cup semifinal last November. He was part of Pakistan's ICC Champions Trophy-winning team that defeated India in the final.

During his career, Hafeez won 32 Player-of-the-Match awards, the fourth-highest among Pakistan players in all international cricket, with only Shahid Afridi (43), Wasim Akram (39) and Inzamam-ul-Haq (33) placed ahead of him.

Besides, Hafeez also earned nine Player-of-the-Series awards, which made him joint-second in the all-time list with Imran Khan, Inzamam and Waqar Younis.

He had initially said that the 2020 T20 World Cup would be his last assignment for Pakistan, but the tournament was pushed to 2021 because of the COVID-19 pandemic, and Hafeez ended up stretching his career to represent his team in the premier tournament.

PCB chairman Ramiz Raja also congratulated Hafeez for his long successful career. “Hafeez has been a wholehearted cricketer who worked tirelessly at his game to have a long and fruitful career.

“His game evolved with time, adjusting to different formats quite intelligently. Later in his career, he became a T20 specialist, where he was never out of touch with the modern demands of this testing format. His batsmanship took a sprightly turn, nailing sixes almost at will.

“He has worn the green blazer with pride for which we at the PCB are thankful. I wish him best of luck for his future life and thank him again for his magnificent contribution to Pakistan cricket,” Raja said.