Mohammed Shami's match haul of 7/58 in the Indore Test against Bangladesh lifted him eight places to seventh position in the ICC Test Rankings. Mayank Agarwal, who hit a double-century, climbed to the 11th spot. 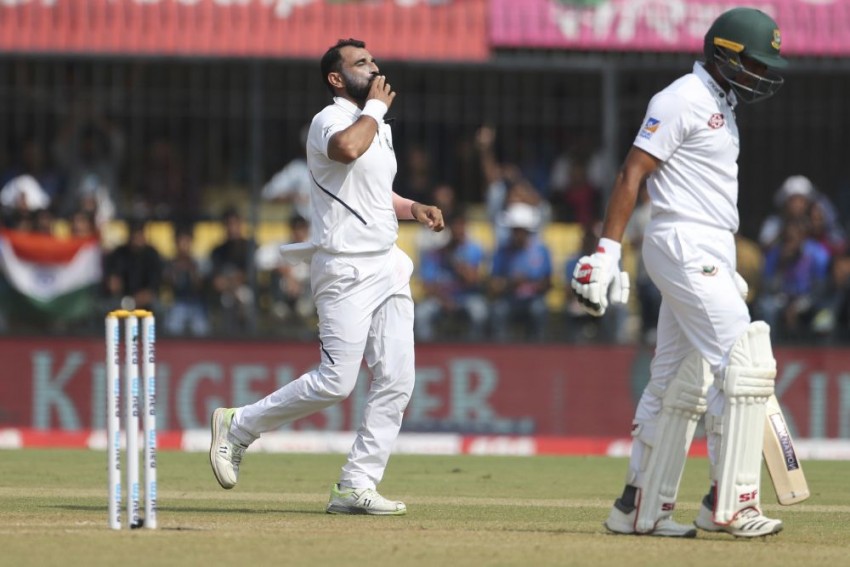 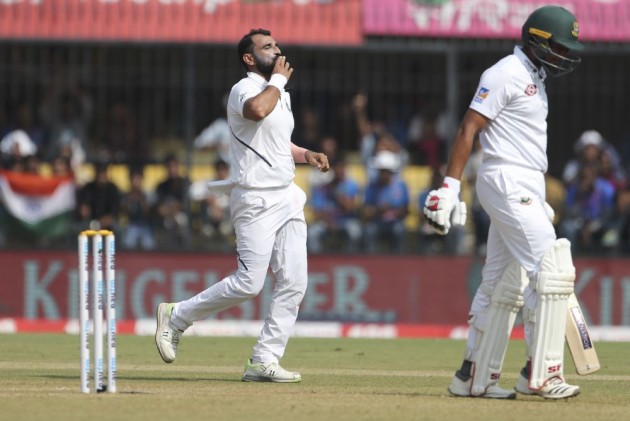 Speedster Mohammed Shami and opener Mayank Agarwal on Sunday (November 17) achieved their career-best positions in the latest ICC Test Rankings after contributing in India's innings and 130-run victory over Bangladesh in the first Test in Indore. (CRICKET NEWS)

Shami's bowling figures of 3 for 27 and 4 for 31 lifted him eight places to seventh position. His 790 rating points are the third best for an India pace bowler with only Kapil Dev (877) and Jasprit Bumrah (832) having recorded more points.

Double centurion Agarwal, meanwhile, climbed to the 11th spot after his player-of-the-match effort of 243 in India's only innings. The 28-year-old has reached 691 rating points after scoring 858 runs in his first eight Tests.

In other significant movements for India, all-rounder Ravindra Jadeja jumped four slots to reach joint-35th position among batsmen while pacers Ishant Sharma (20th) and Umesh Yadav (22nd) have moved up one place each.

Off-spinner Ravichandran Ashwin is in the top 10 bowlers list, while moving back to fourth position among all-rounders.

For Bangladesh, Mushfiqur Rahim's knocks of 43 and 64 have helped him gain five places and reach 30th position while Liton Das has moved up from 92nd to 86th position.

Among bowlers, fast bowler Abu Jayed, who took four wickets in Indore, has advanced 18 slots to take 62nd position after only six Tests.

Meanwhile, India strengthened their position in the ICC World Test Championship (WTC) standings by reaching 300 points. They are yet to concede a point, having gained a full 120 points each in their three-Test home series against South Africa and two-Test series in the West Indies.

Sri Lanka and New Zealand are on 60 points each after drawing their two-match series 1-1 while England and Australia are on 56 each after their five-match Ashes series ended 2-2. The West Indies and South Africa failed to get any points in their opening series.

Pakistan will play their first WTC series against Australia starting later this week. The first match of the two-Test series starts in Brisbane on Thursday while the second Test, a day-night fixture, will be played in Adelaide from November 29.

The top two teams at the end of the league will play the final in the UK in June 2021 with the winners crowned the World Test Champions.