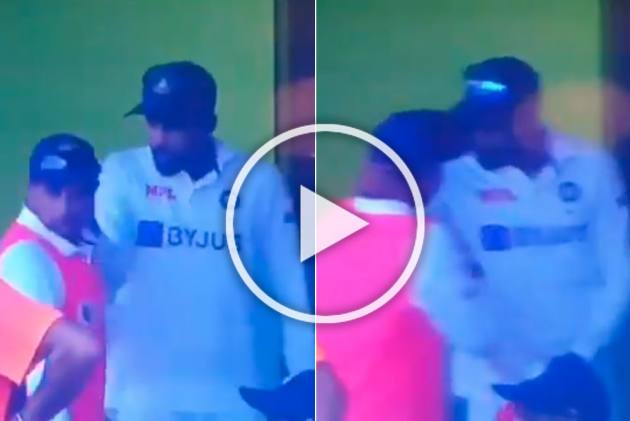 One of the heroes of India's stunning Test series win in Australia, Mohammed Siraj is making the headlines for the wrong reason as he warms the bench in Chennai. India continued to toil hard on the field as Joe Root-led England batted for the second straight day in the series opener. But fans found something else to vent their anger at.

On Saturday, a video purportedly showing Siraj grabbing his team-mate Kuldeep Yadav by the neck surfaced on social media. Now, some fans are demanding action against the pacer.

My question is why siraj tightly grabs kuldeep neck outside dressing room.

And others claimed that it was friendly banter between two team-mates.

Both Siraj, who led India's attack Down Under in the absence of front-line pacers, and Yadav were expected to take the field against England in Chennai. But they somehow failed to make the XI with India fielding five bowlers in spinners Washington Sundar, Ravichandran Ashwin and Shahbaz Nadeem, and pacers Ishant Sharma and Jasprit Bumrah.

Kuldeep, who took a five-wicket haul in his last Test match at Sydney back in 2019, has missed 11 matches on the trot.

Meanwhile, second day's play ended with England on 555/8 (180). Visiting captain Root (218) becoming the first player to hit a double century in his 100th Test. He was ably supported by opener Dominic Sibley (87) and all-rounder Ben Stokes (82).