Mohammedan Sporting Vs Real Kashmir, Live Streaming: When And Where To Watch I-League Match 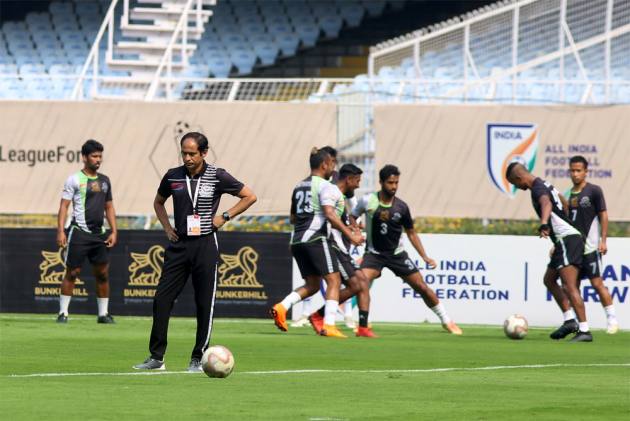 With a top-six finish on the line, Mohammedan Sporting will face a tough challenge in the form of unbeaten Real Kashmir FC in their I-League match. (More Football News)

Mohammedan Sporting broke a two-match losing streak after they beat Chennai City with a last-gasp winner from Suraj Rawat in their previous outing.

The Black Panthers sit in sixth place with 13 points from nine games. With Aizawl FC closing behind them, Sankarlal Chakraborty's side will have to do what no team has achieved this season -- beat Real Kashmir to confirm their place in the top six.

In the second phase of the I-League, the top six teams of the ongoing first phase will once again play a match against each other. The points from both phases will be added to determine the champion team.

Speaking ahead of Sunday's match, Chakraborty said, "Winning matches is a confidence booster. We have been in a winning mood and it's now a matter of consolidating the winning spirit.

Talking about Sunday's opponents, he said, "Real Kashmir plays a very good brand of football and they are quick. They are also highly technical. I have nothing but respect for them.

"It is going to be a tight match but we will make sure that we implement our game plan and see how they respond."

Real Kashmir confirmed their top-six spot with a 3-1 victory over Aizawl FC in their last match. The Snow Leopards sit second on the standings with 17 points, two short of toppers Churchill Brothers.

Despite achieving a top-six spot, coach David Robertson will push his side to reduce the gap on the top with a win, considering that points from both phases will be counted together to determine the league champion.

"It was great to win the game fighting from a goal down, but I was disappointed that we conceded the goal. Sometimes, things go against the team, but we seem to keep overcoming them and get stronger with every game we play," Robertson said.

"There is no margin for error as we have five games left after this game. We got to focus on our philosophy and see where it takes us.

"Mohammedan have had an inconsistent season, but they have quality players. We know they will be fired up because it is a must-win game for them. They are a difficult opponent to play, and we got to be at our best," the Scottish manager added.