With 13 scalps, Siraj was India's highest wicket-taker in the memorable 2-1 series win on Tuesday 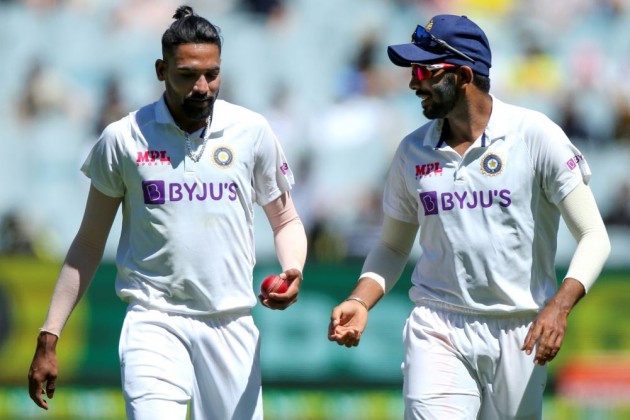 Mohammed Siraj's late father had always dreamt of watching his son ply the trade at the highest level but as luck would have it, the wish remained unfulfilled as he died weeks before his son's Test debut in Australia, where the pacer emerged as the highest wicket-taker for India. Highlights| Scorecard | Gallery | News

With 13 scalps, Siraj was India's highest wicket-taker in the memorable 2-1 series win on Tuesday and people in the locality where the cricketer lives erupted in joy.

The 26-year-old Siraj lost his father Mohammed Ghaus, an autorickshaw driver on November 20, a week or so after the Indian team landed in Australia and could not return home for the last rites due to the COVID-19 restrictions.

The decision to remain with the team Down Under showed his determination to succeed and also fulfil his father's dream.

"It was my (late) father's dream that Siraj should represent India in Tests. He always wanted to see him (Siraj) in blue and white jersey to represent the nation, so the dream got fulfilled," Siraj's brother Mohammed Ismail told PTI.

Siraj bowled his heart out and picked up a maiden five-wicket haul (5/73) at the Gabba in Brisbane, Australia's fortress which was breached on Tuesday after 32 years.

"It was a great achievement by the Indian team and my brother Siraj has achieved what our father dreamt. We are happy that Siraj was able to contribute to the victory," Ismail said.

He said the family members had been closely following Siraj's performances since he made his debut in the second match of the four-Test series in Melbourne.

"Continuously, we were watching from the day 1 when Siraj made his debut. We were all excited to see him play for India and happy that he did well and justified his selection," Ismail said.

"We have not planned any celebration at home, but the people of the society and the city of Hyderabad are going to celebrate."

Shafi, a close friend of Siraj, was overjoyed for his mates success.

Shafi said he spoke to Siraj a few days ago and tried to motivate him to take more wickets.

Shafi said he has stopped playing cricket and took up a job in the Revenue department of the Telangana government.

Mohd Mahboob Ahmed, secretary of Charminar Cricket Club, who helped Siraj when he was a youngster, said he felt proud about the pacer's performance in Australia.

Recalling that one Kaleem, a vegetable seller, had told him in 2016-17 about Siraj's talent, Ahmed said impressed with his talent, he let the fast bowler play in the Hyderabad Cricket Association (HCA) league match, for the first time, for Charminar CC.
"He is talented. It feels great if we could help build someone's life," Ahmed said.