"Everybody knows" that Tottenham should have had a penalty against Bournemouth, according to aggrieved head coach Jose Mourinho 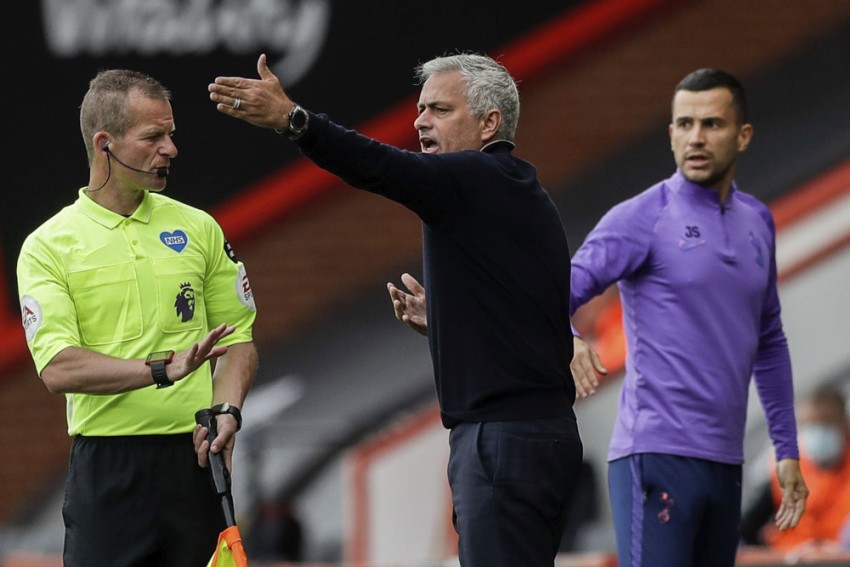 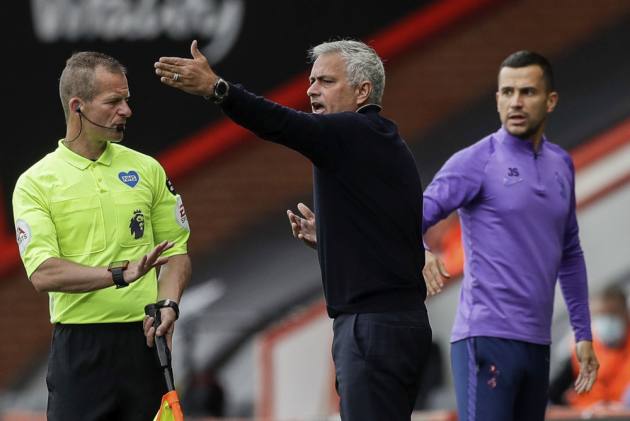 Jose Mourinho was reluctant to discuss "you know who" after another VAR review went against Tottenham in their goalless draw at Bournemouth. (More Football News)

Spurs dropped Premier League points in their bid to secure European qualification as they were held by the relegation-threatened Cherries, failing to even muster a shot on target.

But Mourinho felt Tottenham should have had an opportunity from the penalty spot in the opening minutes as Harry Kane went down in the area under contact from Josh King.

No spot-kick was awarded and Spurs ended the game clinging to a point, this time grateful for VAR after a King handball was spotted as Callum Wilson scored.

Mourinho acknowledged Tottenham were below par, yet after fuming at decisions in games against Manchester United and Sheffield United, the officials were again the subject of the head coach's ire.

"The game had the most important moment, you know when, you know who," he told Sky Sports.

And it did not escape Mourinho's attention that Michael Oliver, as against the Blades, when Kane saw a goal controversially disallowed, was the VAR.

"The same referee who did the VAR decision against Sheffield United, Michael Oliver," he said. "Opinions matter.

FULL-TIME: It ends goalless in Bournemouth.

"It's not only mine, everybody knows that is a penalty, and when I say everybody, I mean everybody. Everybody."

"In a way, they surprised us with the way they played. Since Bournemouth were in the Premier League, I don't remember them playing the way they did.

"But that is an option for them because they have a point they wanted. They played direct, only direct, they didn't move the ball in the first phase like they used to do, and they made it difficult for us in their approach.

"But I think we were not sharp. We were dominant behind - it was an easy game behind - but then [there was a] lack of sharpness in attacking areas.