The revised height of Mt. Everest puts an end to the decades-long dispute between the two neighbours on the height of the world's tallest mountain that straddles their shared border 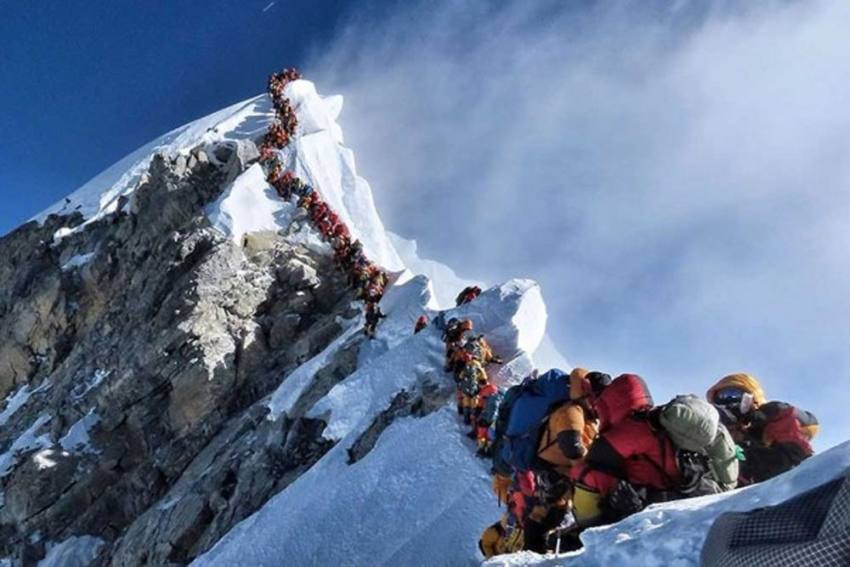 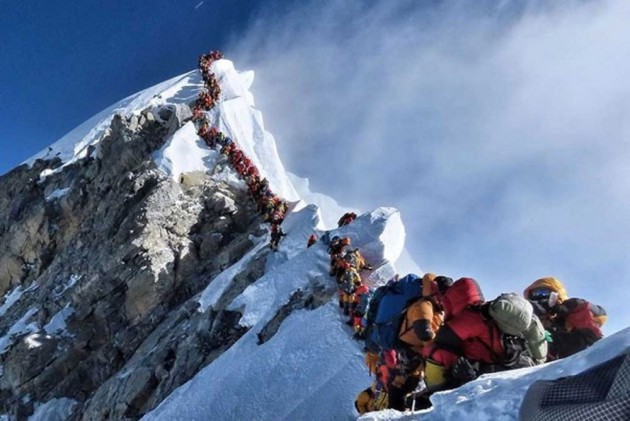 The world's highest peak is now taller by 86 centimetres, Nepal and China jointly announced on Tuesday after they remeasured Mt. Everest at 8,848.86 metres, over six decades after India conducted the previous measurement in 1954. (More Sports News)

The revised height of Mt. Everest puts an end to the decades-long dispute between the two neighbours on the height of the world's tallest mountain that straddles their shared border.

The exact height of Mount Everest had been contested ever since a group of British surveyors in India declared the height of Peak XV, as it was initially called, to be 8,778 metres in 1847.

Everest stands on the border between China and Nepal and mountaineers climb it from both sides.

The Nepal government decided to measure the exact height of the mountain as some geologists suggested that there might have been some changes due to various reasons, including the devastating earthquake of 2015. The 7.8 magnitude earthquake killed nearly 9,000 people in Nepal, and caused an avalanche which buried parts of the base camp at the mountain.

Everest’s revised height was officially announced by Nepalese and Chinese foreign ministers at a virtual event.

"This is a historic day. The new height of Mt Everest is 8,848.86 metres," Gyawali said while making the much-awaited announcement.

Wang too announced the mountain's height to be 8,848.86 metres immediately afterwards.

The new height is 86 cms more than the previous measurement. According to the measurement done in 1954 by Survey of India, the height of Mount Everest is 8,848 metres.

The widely accepted height of 8,848 metres or 29,028 feet was determined by the Survey of India in 1954 from Bihar using the trigonometric method. It was the third survey by India, The Kathmandu Post reported.

The joint survey is significant as China in 2018 differed with Nepal over the height of Mt. Everest and stuck to its calculations that the peak of the world’s tallest mountain was four meters less than Kathmandu’s measurement.

In 2018 China said it has not changed its measurement of the height of Mt. Qomolangma, the Tibetan name for Mt. Everest.

China recognises Mt. Qomolangma as the world's tallest, measuring 8,844.43 metres above sea level, the National Administration of Surveying, Mapping and Geo-information told the Xinhua News Agency in Feb 2018, in response to reports that China had agreed to accept Nepal's measurement of 8,848 metres.

The measurement was significant as China and Nepal settled their border dispute in 1961 with the boundary line passing through the summit of Mt. Everest.

The peak of Mt. Everest played a significant role in the settlement of the boundary between Nepal and China, after Beijing gave up its claims over the whole mountain as part of its territory after it took control of Tibet in 1950.

The dispute was finally settled in 1961 after the intervention of the ruling Communist Party of China founder Mao Zedong, who suggested that the boundary line should pass through the summit of the Mt. Everest, which was agreed by Nepal.

The latest survey puts both the countries on the same page about its height as Beijing seeks firm up its strategic ties with Nepal with huge investments in infrastructure projects, while enhancing its political influence over the Himalayan country.

President Xi said in his letter that China and Nepal reached a consensus last year on the joint announcement of the new height of the peak.

For more than a year, the two countries' survey teams have overcome all kinds of difficulties, solidly carried out their work, and finally reached a conclusion on the snow-covered height based on the International Height Reference System, he said.

Describing Mt. Qomolangma "an important symbol of the China-Nepal traditional friendship," Xi said it is agreed by both countries as the boundary peak and the "Peak of China-Nepal Friendship," the Xinhua report said.

He said the joint announcement of the new height of Mt. Qomolangma with his Nepali counterpart is of great significance in carrying forward the undertakings of the predecessors to the future, and showcasing the high level of the continuous development of China-Nepal relations.

China is willing to join hands with Nepal to actively promote the cooperation in ecological and environmental protection and scientific research, and better safeguard the precious wealth and home of both peoples, Xi said.

AUS Vs IND: I Like Full Game, Playing It On And Off Is Not My Thing - Virat Kohli On Tour Match