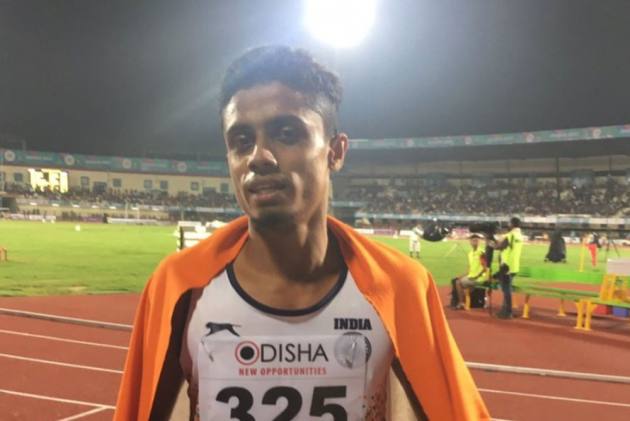 Ace athlete of the Indian Navy, MP Jabir, has qualified for the Tokyo Olympics in 400m hurdles after he clocked 49.78s to win gold at the recently concluded Inter-State Athletics Championships in Patiala, a Defence spokesman said in Kochi on Thursday. (More Sports News)

Jabir qualified through the World ranking quota where there are 14 spots available, the spokesman said.

The 25-year-old Naval sailor hails from Malappuram, Kerala. He is currently ranked 34th in the World Athletics' Road to Olympics rankings where 40 athletes qualify.

When he competes in the Tokyo Olympics, Jabir would be the first Indian male athlete to participate in the 400m hurdles in Olympics, he said.

P T Usha, the legendary athlete from Kerala, competed in the 400-metre hurdles at the Los Angeles Olympics. That makes Jabir the second from the state to compete in the same event in the Olympics.

Jabir, POCOM(Tel), has participated in many National and International Athletic Championships representing the Indian Navy and the Services earning many laurels.

The spokesman said the athlete is in the final stages of preparation for the Tokyo Olympics.

The Inter-State Meet was the last Olympic qualification event for the Tokyo Games.

In the absence of major tournaments due to restrictions imposed by the COVID-19 pandemic, Jabir's last competitive race was in 2019.

However, with regular practice and support from the Naval Training team, Jabir was able to continue his training sessions avoiding any injuries and begin preparations for the Olympics.